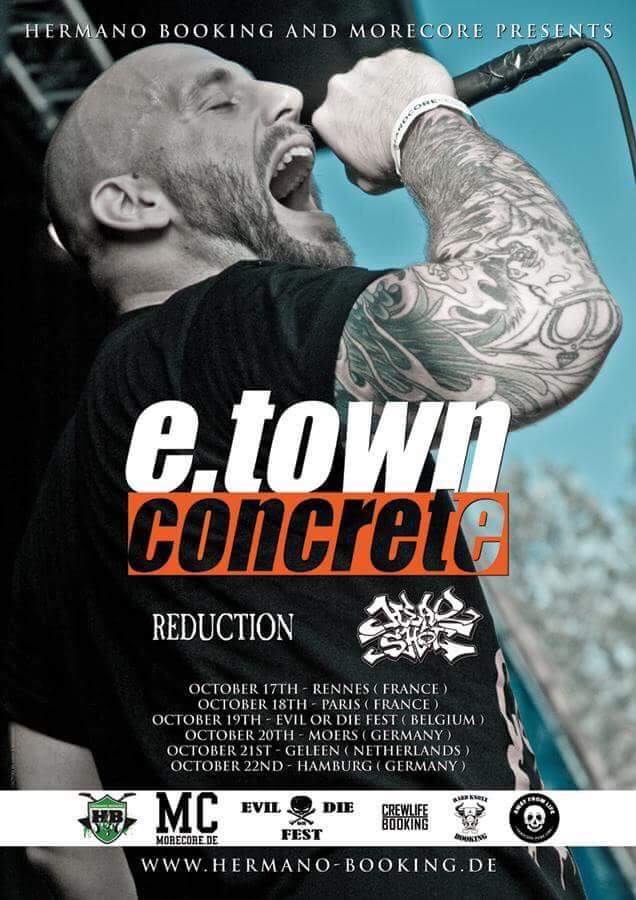 If like us you had forgotten that New Jersey’s E. Town Concrete were still a going concern then you might want to check out this pro-shot full set from the band who have been infusing Hardcore, Hip-Hop and Heavy Metal since 1995. The show took place at Bryan Glazer Family JCC in Tampa, Florida on
Read More

Pro-Shot at The Electric Factory in Philadelphia Pennsylvania on 29th July 2018, here’s a full set from the resurgent E. Town Concrete! This show was followed by a European Tour in the October with the New Jersey Hardcore crew having returned from hiatus in 2012!
Read More

American hardcore punks from Elizabeth, New Jersey e.town concrete maybe in retirement and only playing the odd tour, festival or show for fun, but they sure do know how to play. Here’s a Pro-Shot full set in High Definition from 9th July at the infamous Chain Reaction in Anaheim California. Sadly, their upcoming October European tour
Read More