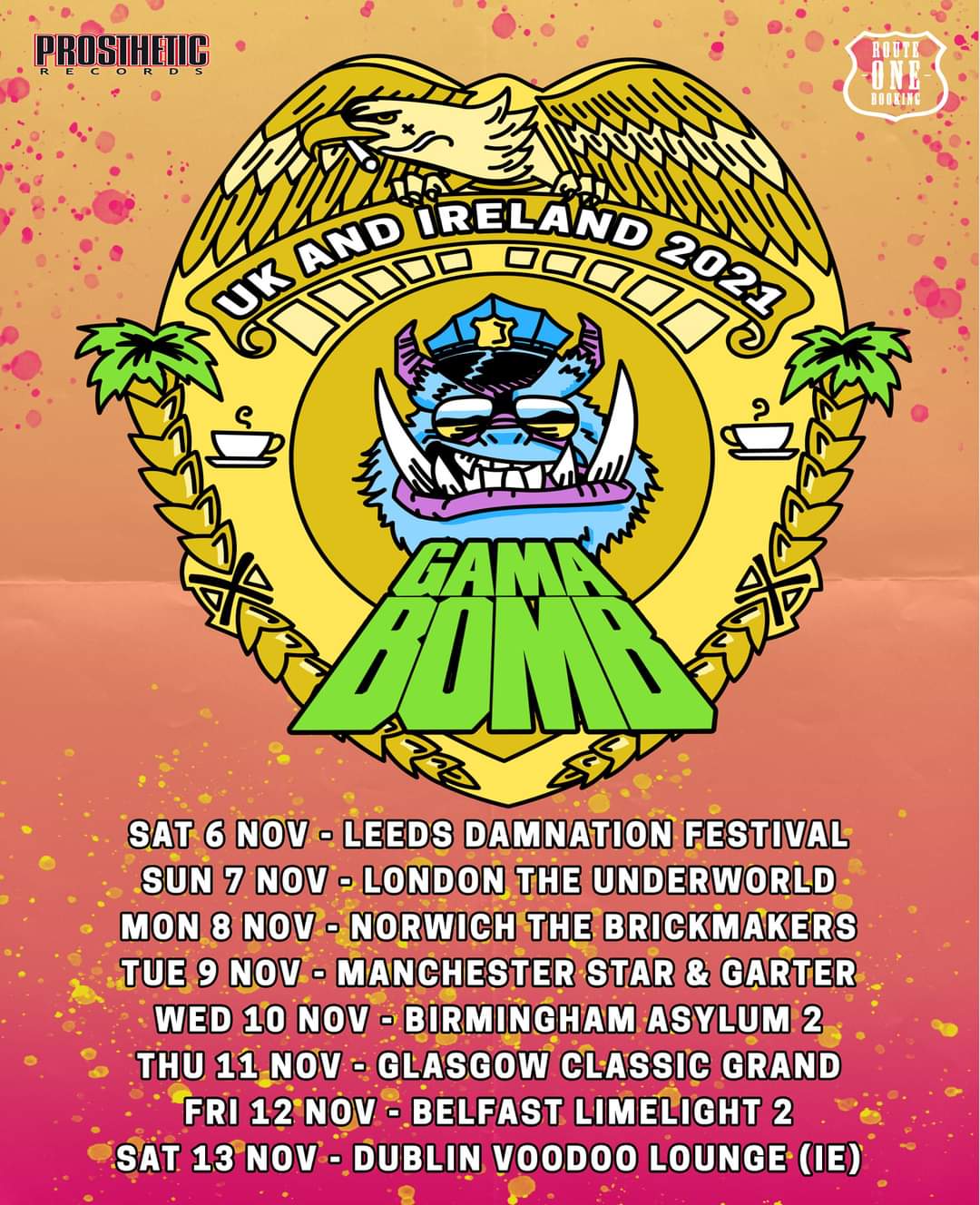 Having last a European tour with Exhorder and Evil Invaders and with a new album in “Sea Savage” begging to be toured, Irish Thrash quartet Gama Bomb have agreed to put down their comic books and pick up their instruments once more. November will see them joining the likes of Hellripper, Pig Destroyer and Pallbearer
Read More

…with a bucket load of nostalgia for 80’s American Cop shows like Miami Vice, Irish Thrash Kings Gama Bomb have shared another from their upcoming 4th December record “Savage Sea“, which will of course appear via Prosthetic Records. The track in question is entitled “Miami Supercops” and the tongue in cheek video is hilariously good.
Read More

Filmed on location at Fanad Lighthouse, Donegal, Ireland, Gama Bomb have dropped a glorious black and white video for “Sea Savage“, the title track of their 4th December new album of the same name. Pre-orders for the Thrash spectacular are available over at bandcamp. The press statement reads: “Inspired by Victorian horror and maritime adventures
Read More

Irish Thrash Metallers who get their pants from China, Gama Bomb have taken the decision to support the Dublin Simon Community, a charity who work to prevent and address homelessness with a new single entitled “Living For The Lockdown“. Available for purchase over at bandcamp with all the money going to the cause, their label
Read More 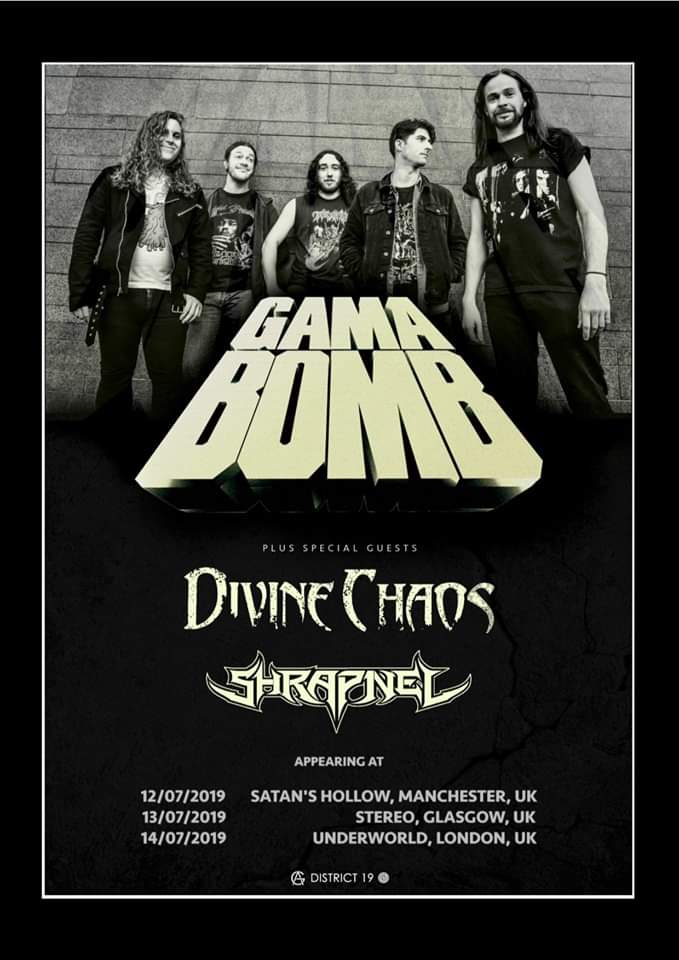 Signed to AFM Records and hailing from both Newry and Dublin are Ireland’s finest Thrash Metal five piece since… ever. Gama Bomb have been laying down the gauntlet to all challengers for the past 16 years and with newly released “Speed Between The Lines” are showing no sign of any let up. “Zombie Blood Nightmare”
Read More