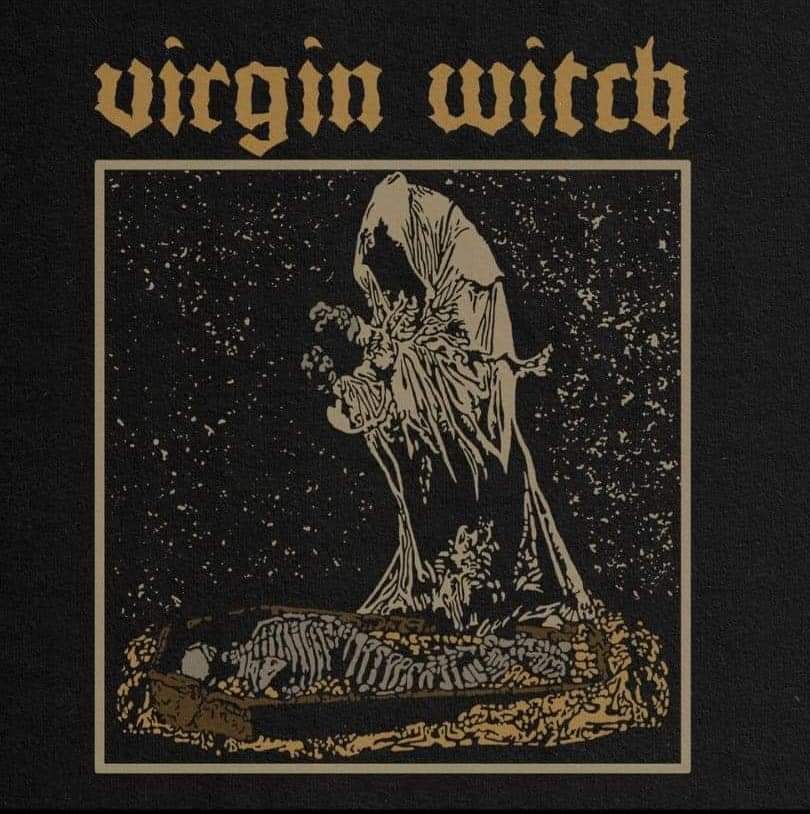 On the journey through this Metal Life it can be amusing as to how a band may appear on your radar. For this writer, the discovery of Essex Blackened Deathcore souls Virgin Witch came about for no other reason that seeing that they were playing shows up and down the country with Beyond Extinction. Their
Read More

Having spent the summer touring with Beyond Extinction in support of their May released EP “Gloom“, London Deathcore quartet Virgin Witch could have been excused had they desired to take the festive season off. The cloaked ones have other plans and have been pulling up a few trees to get none other than Jason Evans of Ingested
Read More

US Death Metal veterans Misery Index have announced a European Tour trek with Primitive Man, Ulthar and Gloom for September 2021 that will see the quartet upon our shores for a pair of shows. For headliners Misery Index themselves, the shows come in support of their 2019 album “Rituals of Power“, their first for 5 years. We’re
Read More

Courtesy of David Tan here’s a Pro-Shot full set in high definition from Glaswegian’s Lotus Eater. The set was captured at Upsurge Festival in August, which we had the pleasure of witnessing first hand! Check out our review! The band themselves have released a handful of singles since their EP “Gloom” and signed to Hopeless
Read More

Glaswegians Lotus Eater have announced a quartet of dates in January 2019 with main support from Parting Gift. Hopefully the new year will see new material from the Hopeless Records signings that should feature singles “Break It” and “Branded released since their stunner of a debut EP “Gloom”. 18th Newcastle, Think Tank 19th Leeds, The
Read More 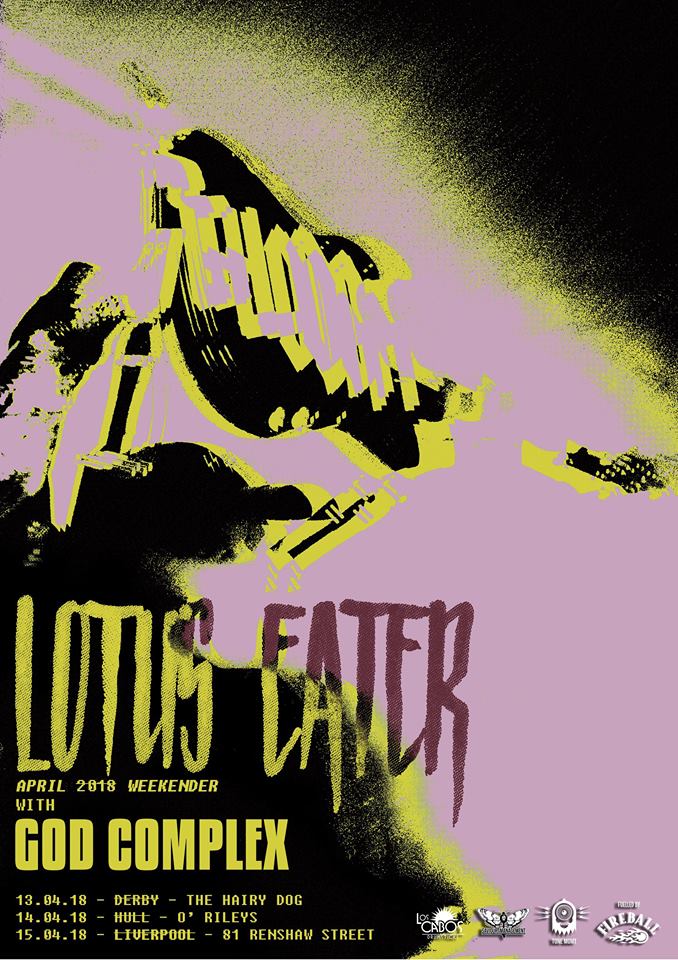 Groove tech-metallers Lotus Eater have announced they will be taking God Complex on a mini tour in April. It will be the bands first headlining run and having just dropped single “Branded” post stunning EP “Gloom”, the band are on the crest of a wave. They’re about to embark on a UK & European tour with
Read More

About to embark on a UK & European tour with Traitors, Lotus Eater have surprise released new single “Branded”. There is no mention of when the single was recorded or if it’s from a forthcoming EP or Full length, but what we do know is it’s a banger. Lotus Eater’s debut EP “Gloom” is out
Read More 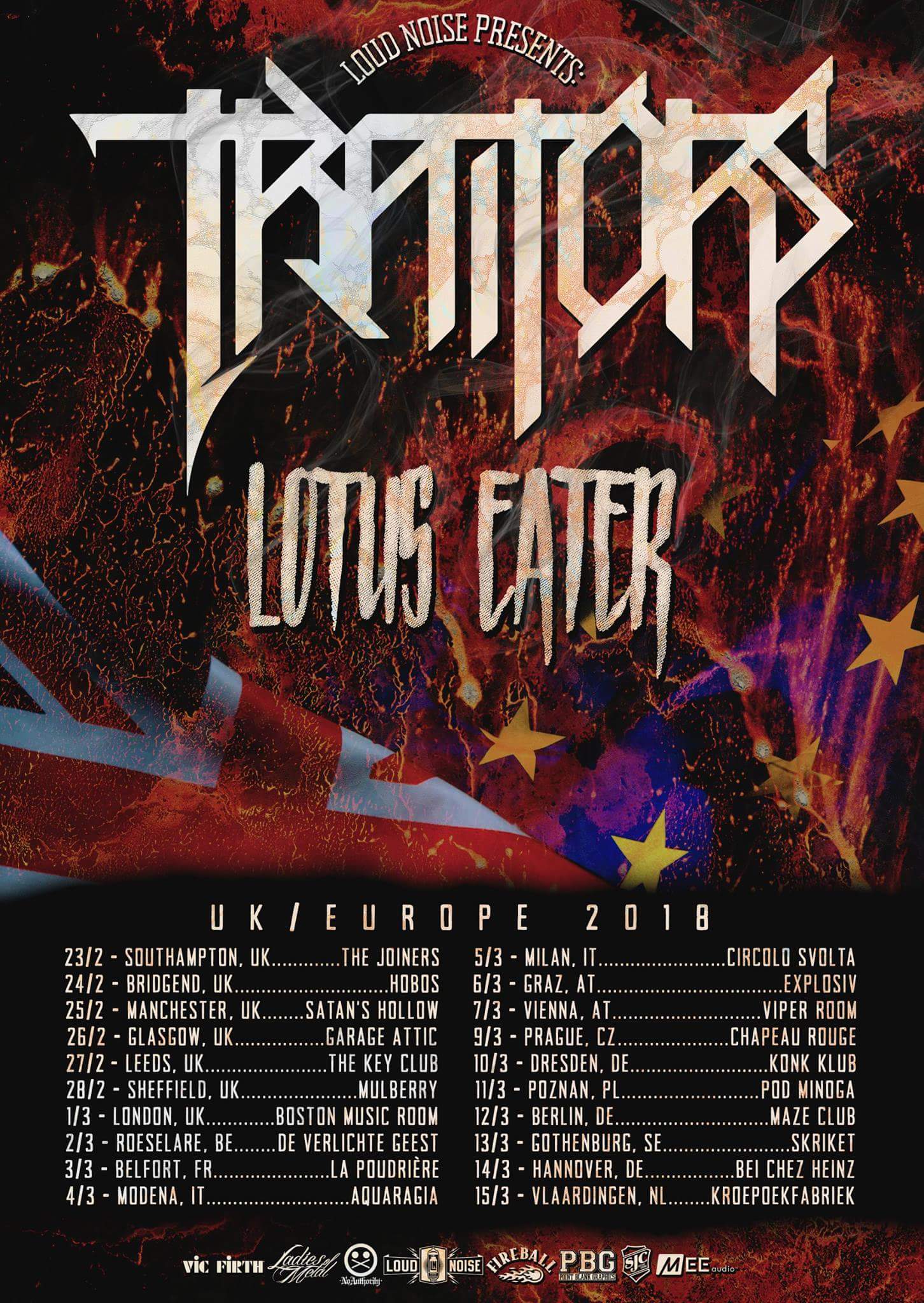 Glasgow’s Lotus Eater have not only dropped a music video for “Gloom” via Impericon but also announced a UK and European run with Traitors. Check out our review of their crushingly good self titled EP. February 23rd – Southampton, The Joiners 24th – Bridgend – Hobo’s 25th – Manchester – Satan’s Hollow 26th – Glasgow
Read More