Perhaps they’ll come back with a cover of “Hit The Lights” by Metallica at a later date to go with their band name but supergroup Kill The Lights (ex-Bullet For My Valentine, Throw The Fight, Threat Signal and Still Remains) have dropped another cover to add to their growing line in “Battery“. August 2020 saw
Read More 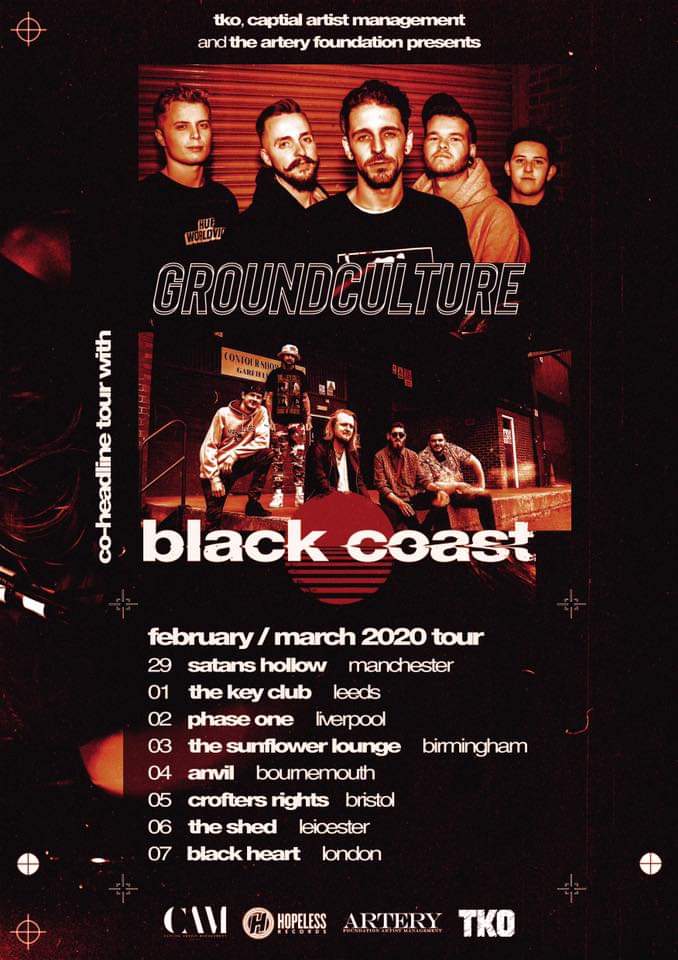 Continuing the flood of early 2020 tour dates for your friends and family to purchase tickets for you as Christmas gifts, Ground Culture and Black Coast have announced a co-headlining trek in February and March so you can shake off the excess of the festive season in the mosh pit. Expect at least one if
Read More