Not being able to have an album release show for debut “The Sinner“, supergroup Kill The Lights who feature in their ranks members and former members of Bullet For My Valentine, Threat Signal, Throw The Fight and Still Remains gave us a live stream of five songs from the album which is out now via Fearless Records. “Plagues“, “Shed My Skin“, “The Faceless“, “Through The Night” and “Watch You Fall” were all given their live debuts and in case you missed it, they’ll be upon our shores in March 2021 for a run of shows with Ground Culture. 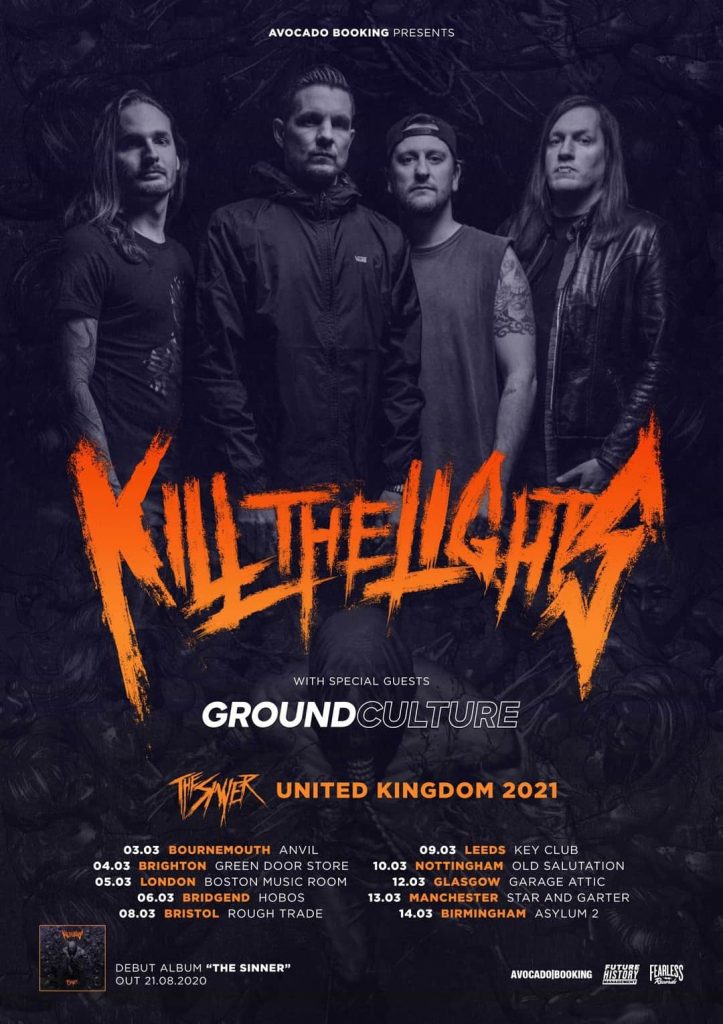