Currently on a trek across North America with Homewrecker, Black Mass, Joy, Great American Ghost are Welsh Black Metallers Venom Prison. While they’re at it they’ve taken a moment to record an in studio session with Audiotree. Current album “Samsara” has opened new doors and landed them support slots with the likes of Trivium.
Read More

Also filmed in April and released today, here’s a Pro-Shot full set from Homewrecker at The Foundary Concert Club in Lakewood Ohio! 28th April was the date while the band were touring current Good Fight Music record “Hell Is Here Now”, something they’ll be doing again with Venom Prison and Great American Ghost in September!
Read More

Pro-Shot by 197 Media at LDB Fest in Louisville Kentucky on 8th February, here’s a full set from Homewrecker! Their current album “Hell Is Here Now” is out now! Now. Now. Go. Get. You know, if you want to.
Read More 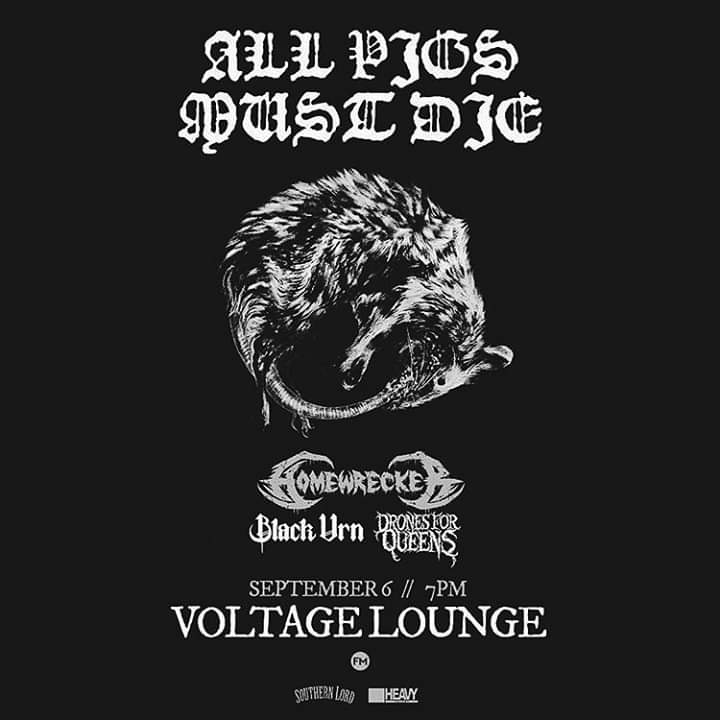 Ashtabula Ohio trio Homewrecker are making waves with their current album “Hell Is Here Now” which is out via Good Fight Music. Here’s a Pro-Shot set from then in Full High Definition at The Voltage Lounge in Philadelphia Pennsylvania on 6th September. “Bound by Validation” is a classy cut!
Read More

With new album “Hell Is Here Now” out in 7 days time on 27th April via Good Fight Music, Homewrecker have released an official music video for single “Bound By Validation”. Pre-order bundles for the album are available here. The band will be joining The Black Dahlia Murder on their “Nightbringers” tour in the US
Read More

27th April will see new Homewrecker album “Hell Is Here Now” appearing via Good Fight Music. The Ashtabula, OH natives catch up with the Digital Tour Bus team for their long running “Bus Invaders” series while also dropping new single “Land Of The Damned”. Pre-orders are available via Bandcamp. Does anyone else get that “Black Label”
Read More