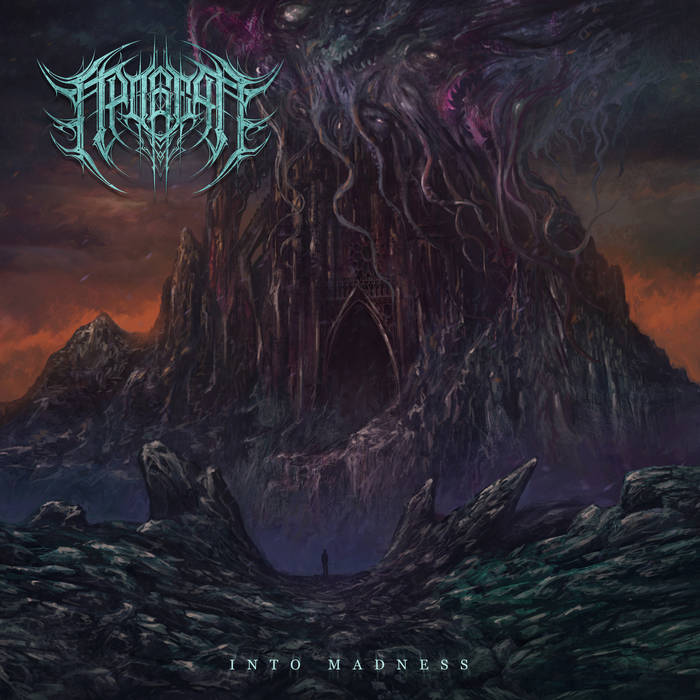 Robert Tam rattles through the five string bass parts of “Pale Moon” by his band Apogean in this new playthrough video, the track being one that appears on their Zack Ohren (Machine Head) Mixed and Mastered debut EP “Into Madness” that popped earlier this summer via Blood Blast Distribution, a subsidiary of Nuclear Blast. It
Read More

After following Alice down the rabbit hole with their EP “Into Madness” a couple of weeks back, Toronto, Ontario, Canada are Apogean, a five piece Technical Death Metallers Apogean have returned to it for a guitar playthrough of “Chrono” from Gabriel Castro. A stand out cut with a certain “Yurei” video game style in the
Read More

Hailing from Toronto, Ontario, Canada are Apogean, a five piece Technical Death Metal band who have chosen to make their debut with a concept release. Citing inspiration from their forebearers in bands like The Faceless, The Contortionist and Fallujah, “Into Madness” promises the story of the fall from the heights of sanity, to the very
Read More

“Into Madness“, the EP from Apogean, is the story of the fall from the heights of sanity, to the very depths of madness and all that can be experienced on that journey, mixed and mastered by Zach Ohren (Entheos, Machine Head). The Canadian Technical Death Metal quintet have shared a guitar playthrough video for the
Read More