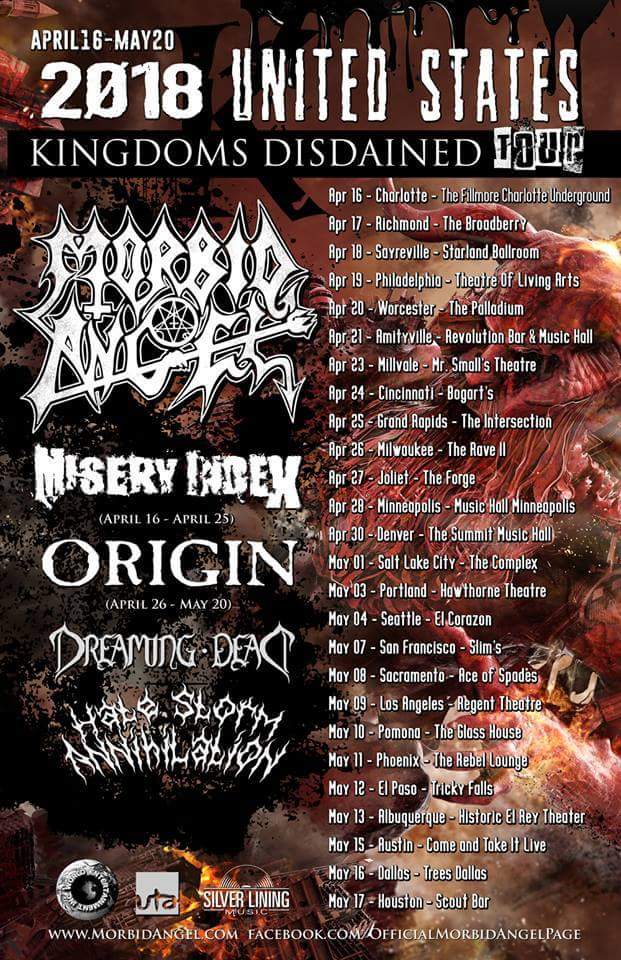 Pro-Shot on 22nd February at The Observatory in Orange County Santa Ana, California, here’s a full set from Morbid Angel. Including “Nothing Is Not”, “Abominations” and “Blood On My Hands” it’s the rude awakening from the Tampa Bay Death Metal quartet. They’re currently touring 2017’s “Kingdoms Distained” which is out now via Silver Lining Music.
Read More