Given the quality and success of “Machine Messiah“, it’s no surprise that Sepultura returned to Jens Bogren (Arch Enemy, At the Gates, Opeth) to handle the production of their now very much on the horizon new album “Quadra“. Dropping on 7th February via Nuclear Blast it’s one that promises much, where a few years ago
Read More

Pro-Shot by Arte Concert at La Maroquinerie in Paris France on on 26th November, here’s a full set from Brazilian Thrash Kings Sepultura! The set includes the first single from their upcoming 7th February fifteenth studio album “Quadra“ in “Isolation” which was given it’s debut at Rock In Rio. The band went back to producer
Read More

There is nothing like being late, is there? Blaming it on heavy traffic, losing track of time or the excess of the night before just seems like an excuse but how bad the consequences are depend on what you’re late for and who is involved. If you’re late for your own funeral, hell that’s probably
Read More 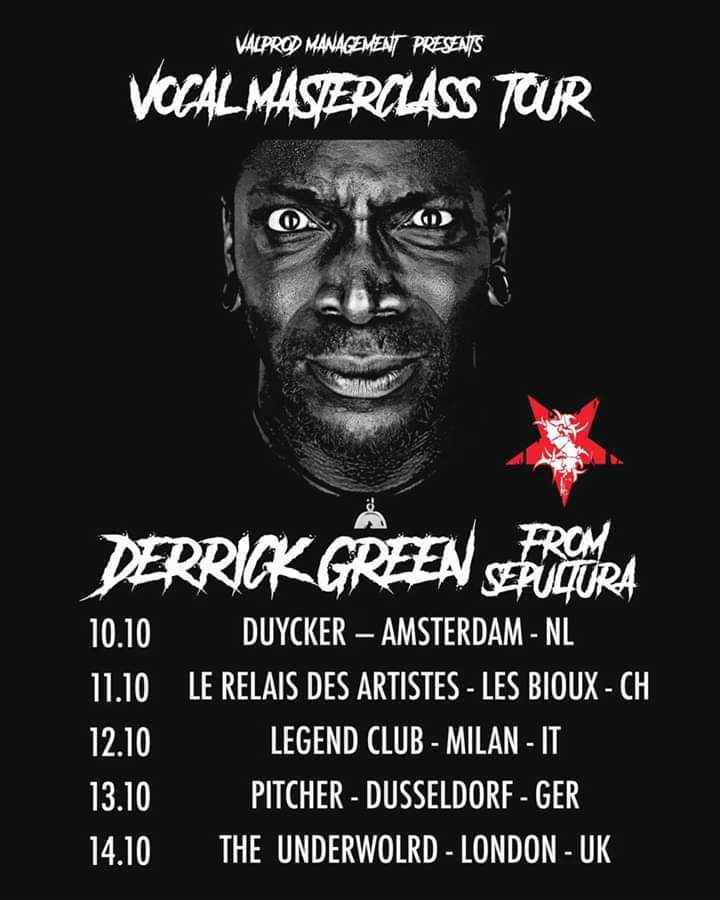 Hilariously Lars Von Retriever has recreated the anthem that is “Roots Bloody Roots” by Brazilian Thrash Masters Sepultura with Donald Trump fronting the band. Snippets from his political speeches create the vocals while some brillianty placed video edits are choice. Here’s a round of applause from us dude. Keep up the good work! The band
Read More

Filmed at Rock In Rio in Brazil on 4th October, here’s a brand new song from Thrash Masters Sepultura! Entitled “Isolation”, it’s the first to appear from their freshly recorded, Jens Borgen produced album, the follow up to “Machine Messiah”. Vocalist Derrick Green will be in London in October for a vocal masterclass at Camden Underworld!
Read More

While working with Jens Borgen as their producer for their freshly recorded new album, Sepultura spoke to P4 Orebro Sveriges Radio about the reasons for choosing him. Interestingly the new material is described as an “extension of the last album” with reference to the pretty impressive “Machine Messiah”. Vocalist Derrick Green will be in London
Read More

Having been at the helm of Brazilian Metal Masters Sepultura since 1998 and played his part in their 8 studio albums in 21 years including 2017’s current album “Machine Messiah” and personal favourite “Dante XXI”, frontman Derrick Green is embarking on a vocal masterclass World Tour! The European dates will include a 14th October stop
Read More

In case you missed the news, Brazilian Metal Masters Sepultura were banned from entering Lebanon. So what did they do? They went to Dubai and webcast the show for the fans! Here it is, the full, Pro-Shot 101 minute set! Their current album “Machine Messiah” out now via Nuclear Blast is a real return to form!
Read More

Ever wondered what goes down back stage when a band who have been there, done that and got the t-shirt roll into town? Well Sepultura played a show in front of more than seven thousand fans in their home of San Paulo Brazil on 30th March and here’s what happened…
Read More