This year marks 25 years of “NOLA” from supergroup Down and a couple of weeks back, the band got together and played a live streamed set to an online audience. Essentially the bands debut album was written over a five year period by Pantera vocalist Philip H Anselmo and Pepper Keenan from Corrosion of Conformity before
Read More 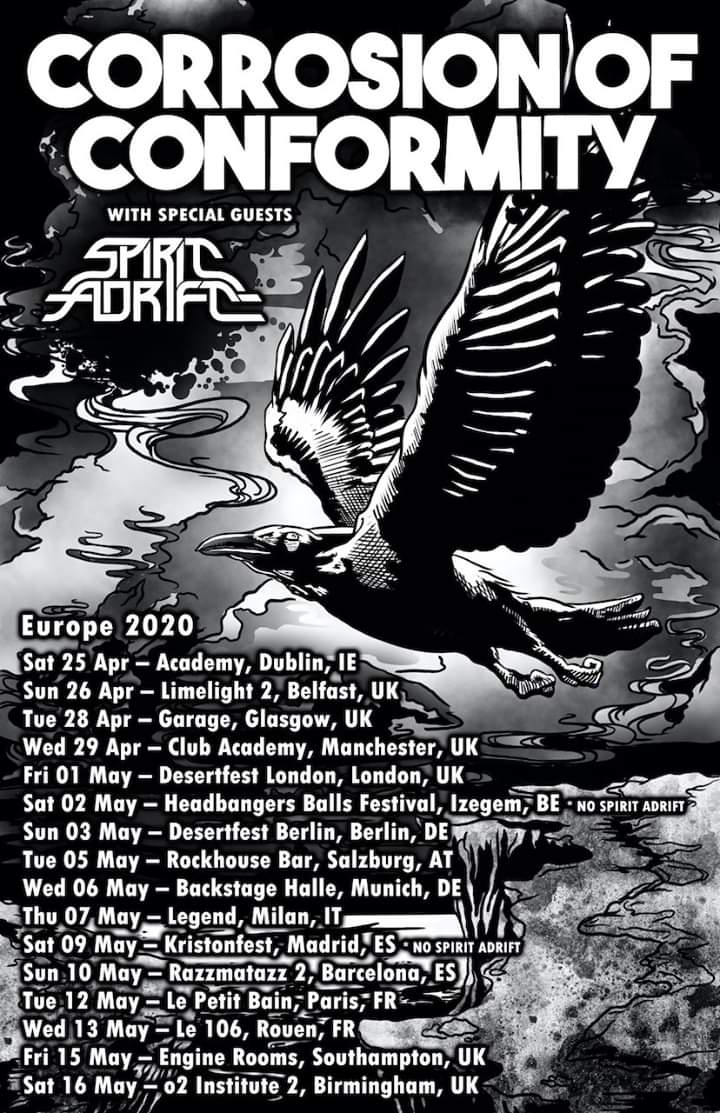 In memory of Reed Mullin, Mike Holderbeast has shared a previously unreleased interview he shot with him and Woody Weatherman from Corrosion of Conformity at Philip H. Anselmo’s Housecore HorrorFest in San Antonio Texas in 2015. The band will be celebrating their fallen brother in Europe in April with Spirit Adrift. Mullin, a founding member
Read More

In recent interviews Philip H. Anselmo has been quoted as saying that he doesn’t want to do Superjoint aka Superjoint Ritual any longer and for now his focus is on his work with The Illegals and Scour with the potential for new Down material at some point. Never say never in our book, but it
Read More

It’s time for a classic. Our personal favourite song from the mighty Down has to be, ahem, hands down, “Ghosts Along The Mississippi”! So here it is, Pro-Shot from Mike Holderbeast and his team in Austin Texas in 2014. Sludge Metal riffage at its finest from Crowbar legend Kirk Windstein.
Read More

Pro-Shot by Mike Holderbeast at Nodferatus layer, here’s Philip H. Anselmo and The Illegals performing “Photographic Taunts” live with new bassist Derek Engemann. They will be upon our shores this summer for a run of club shows around some European Festival appearances! If you haven’t heard their current album “Choosing Mental Illness As A Virtue”,
Read More

Pro-Shot by the legend that is Mike Holderbeast and his team, here is “Eyes of the South”, another Down classic in black and white from their show at Southport Hall in New Orleans Los Angeles California. Sludge Metal at its finest. How long before they return to the stage?
Read More

How many Metal band projects can one man keep on the go before they all start sounding the same? Your guess is as good as ours. One man who seems to do it extraordinarily well is Philip H. Anselmo. His project Scour have been active of late and here is pro-shot footage by Mike Holderbeast,
Read More

Courtesy of Mike Holderbeast, here’s a newly released cut of classic Down entitled “Witchtripper”! It was filmed in 2014 in Austin Texas and is now available in 1080p for your viewing pleasure! The song of course features on “Down IV Part I – The Purple EP” which reared it’s ugly head in classic Southern Sludge
Read More

Filmed at the Santos Bar in New Orleans by Mike Holderbeast and his team, here’s Pro-Shot in full High Definition footage for Philip H. Anselmo & The Illegals performing “The Ignorant Point”. They are currently touring new album “Choosing Mental Illness As A Virtue” out now via Housecore Records.
Read More