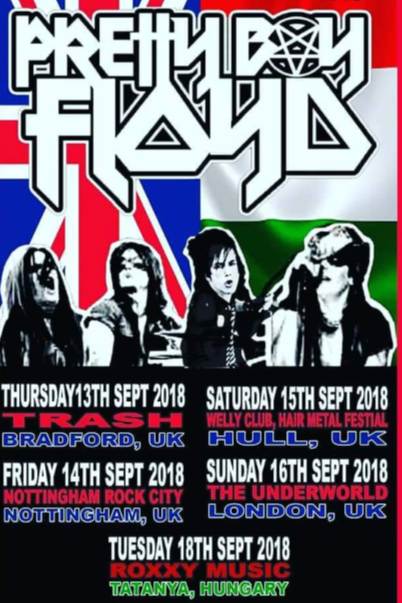 Glam Metallers Pretty Boy Floyd have announced a quartet of UK dates in September. The band have decided not to cancel, despite the recent passing of former drummer Ben Graves, who also appeared in both Dope and The Murderdolls with Wednesday 13 and Joey Jordison. The dates center around the bands appearance at Hull’s Annual Hair
Read More

While we’re on the subject of Wednesday 13, here are a pair of very good fan filmed clips from their set at Bloodstock Open Air Festival this past weekend. “What The Night Brings” from current album “Condolences” and a medley of “I Only Want You Dead!” and “I Walked With A Zombie”.
Read More