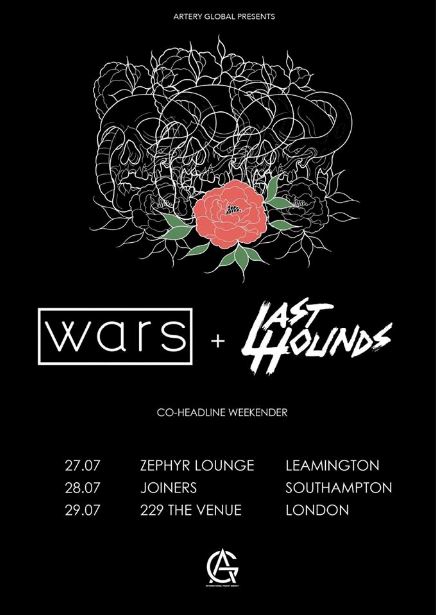 Rugby’s Metalcore crew Wars will be joined by Midlands agro-punks Last Hounds for a trio of co-headlining dates at the end of July. Last Hounds have a pair of EPs out and are currently supporting their May 2017 release “Old Dreams” which is available here. Wars on the other hand have end of May released
Read More