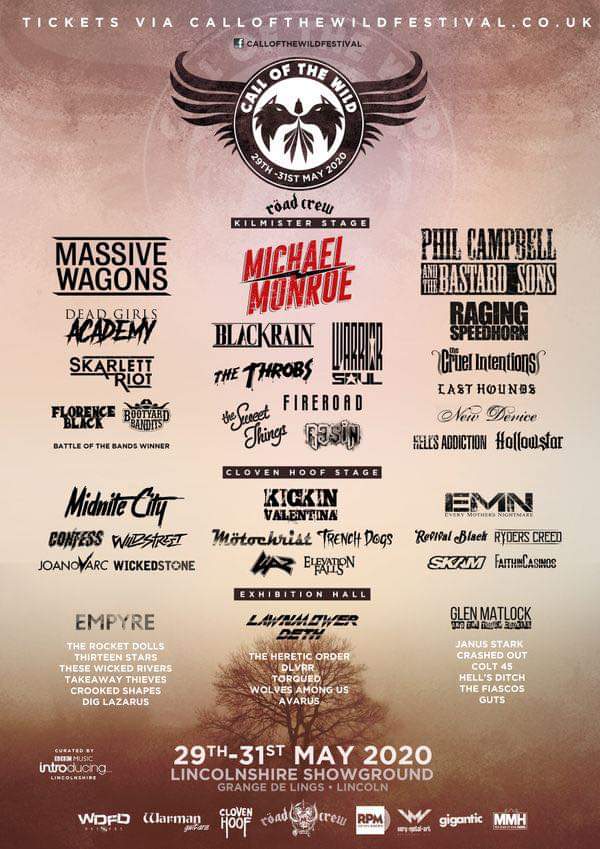 The weekend of the 29th May will see Lincolnshire Showground taken over for Call Of The Wild Festival! There are some interesting names on this year’s bill, including Raging Speedhorn, Last Hounds, Dead Girls Academy and Black Rain. The event is sponsored by the BBC Introducing campaign and as well as Phil Campbell And The
Read More