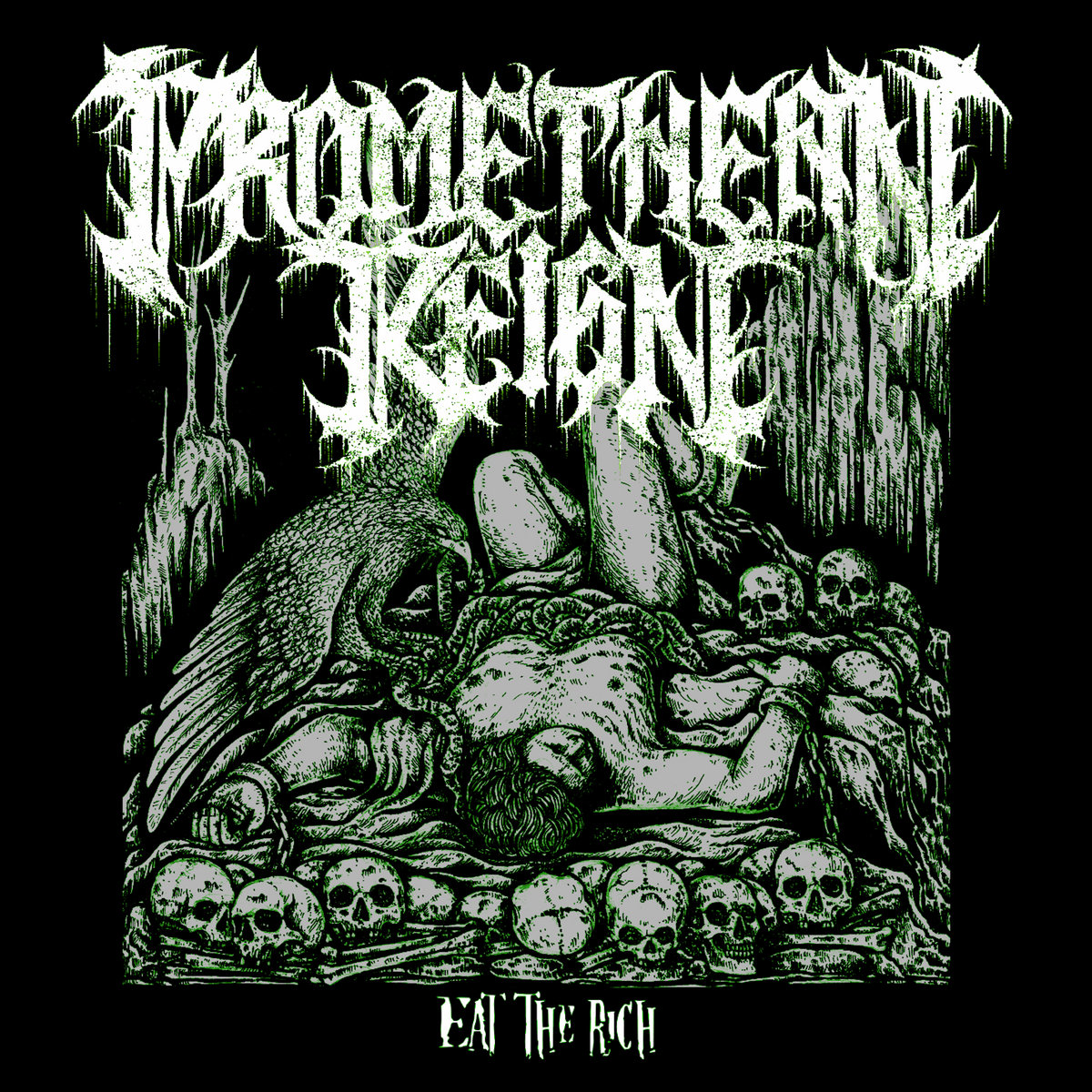 If Promethean Reign were a baby we could legitimately say that celebrating the one month milestone since their new single “Eat the Rich” was cause enough to pop a champagne cork (or two) but as they’re a Blackened Death Metal outfit, we’ll have to do with a hot cup of coffee from a hot coffee
Read More

Everything went dark for Oxford Blackened Death Metallers Promethean Reign in 2019  following the success of 2017’s debut EP “Aftó Eínai Pólemos” (from the Greek “This Is War“) which brought five cuts of blood soaked material to our ear drums. After 2018 with a show at Fuel Rock Club in Cardiff in support of The
Read More

After their successful resurrection at November’s incarnation of Rabidfest, Oxford natives Promethean Reign have new material set for release on 25th March in the form of two track single “Eat The Rich”. Recorded at Studio7, Green Room Studios, Oxfordshire and mixed by the band themselves it marks their first recording with new guitarist Kai Boyce who
Read More

While they gear up for the release of their twin track single “Eat The Rich” on 25th March, Oxford Blackened Death Metallers Promethean Reign have shared a full set recorded at Studio Se7en in February that includes the song itself as well as 2019 demo “Dionysus“. We’ve got an exclusive interview with guitarist Jon Arnold
Read More

If you didn’t believe it when we reviewed the set and set it was “full of violent chug” then you now have the opportunity to witness Promethean Reign in full destructive force from the front row of The Bullingdon in Oxford from 6th November with this fan filmed footage. The Devolution stage what were the
Read More