One of the undoubted highlights of this summer’s incarnation of UK Tech-Fest was seeing Tasmanian Devils Psycroptic on the main stage! They’ve returned with a video for “We Were The Keepers” from their current Prosthetic Records album “As The Kingdom Drowns” having announced a massive US & Canadian your with Revocation, Conjurer, Vovoid and Skeletal
Read More

Filmed back in April at Reggies in Chicago Illinois and released just today, Tasmanian Devils Psycroptic share a crazy tour story with the Digital Tour Bus cameras rolling! We had the pleasure of their live show at Tech-Fest this summer and current album “As The Kingdom Drowns” is a fine piece of work.
Read More

Tasmanian Extreme Metallers Psycroptic have delivered with new album “As The Kingdom Drowns” out now via Prosthestic Records! Guitarist Joe Haley shoes us how it’s done with a guitar playthrough of “We Were The Keepers”!
Read More 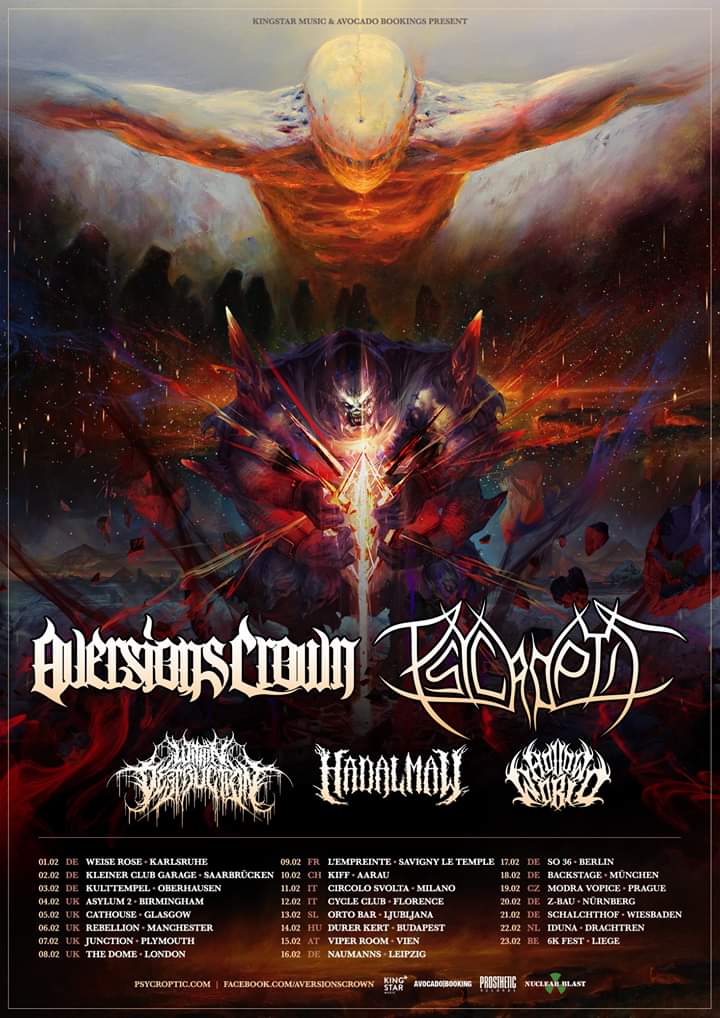 Releasing 9th November is the 7th studio album from Tasmanian Extreme Metallers Psycroptic! Entitled “As The Kingdom Drowns”, it will be appearing via Prosthestic Records with pre-orders available at Imperion! Single “Directive” gives you a flavour of what the Australian quartet are about, while they’re touring their home land with Orpheus and Hidden Intent!
Read More