Skip to content
HomeReviewReview: “Toxoplasmosis” by Slaves of Dissonance

Adorned by artwork from none other than Psycroptic vocalist Jason Peppiatt, the debut EP “Toxoplasmosis” from Brisbane Australians Slaves of Dissonance was recorded in June and July this year with Chris Ross from Pulpitation Studios (Helltrippers, Mergatroyd, Adriatic) who also produced the EP. Intriguingly, while the band cite influences in the likes of Lamb Of God, Gojira and At The Gates they also each claim wide ranging tastes in Metal from Thrash and Groove all the way through to Progressive, Black and even Death Metal flavours which bodes well for the band offering something varied and original, on paper at least. Then throw into the mix that some of the band members work in Social and Psychological science fields and use those experiences to offer eye opening lyrical content on issues such as Mental Health disorders, Government conspiracies, brainwashing media organizations and misleading, exploitative faith groups and suddenly you have something that might just be worth talking about…

…the EP title refers to a disease that results from infection with the Toxoplasma gondii parasite, something that usually occurs from eating undercooked meat. Untreated these infections can lead to blindness, but if your immune system is weakened then it can lead to seizures and brain infections like encephalitis, which can be fatal, especially with people who have aids. Things begin with the thunderous “Involuntary Lobotomy” which offers a huge drum sound with moment odd moments of blast beats that cut through some Technical Groove Metal riffs as the cut plays out. Some clever intricacies and good use of odd time signatures alongside the chant-able chorus of “blind lead the blind…” make for a solid start with those aforementioned Lamb Of God inspirations pretty clear in the bands chosen sound. “Failure” continues the same rhetoric about how the we are controlled as a race, while offering up some “Chaos AD” era Sepultura inspired moments of almost tribal fills and guitars while at the same time having that modern production edge that makes it razor sharp. Flipping the script almost entirely with the clean vocals of Post-Hardcore melodies of the opening of “Breathe“, 74 seconds of melancholia before the guitars come crashing down and the unclean vocals come in makes for a powerful moment, but the band don’t capitalise on it with as big an upsurge as you might have anticipated. So instead of the tsunami we get wet as the post the chorus has some riffs that simply aren’t as inspiring as they could have been. That’s not to say that it’s a bad cut necessarily, but that it could have been so much more, to offer a comparison, a cut like “Tree Of Pain” from Soulfly does this incredibly well. After that experiment “Panopticon City” picks up a heavier vibe with some interesting time signatures that dance on the tongue like citric acid and basslines that pop out of the mix like Mudvayne, the return to the earlier style of Technical Groove Metal a welcome one before the grand finale of the title track “Toxoplasmosis“. Rather than experiment here, the quartet instead push what has to be considered their ‘core’  sound that little bit further to incorporate some lead parts and that works incredibly well. This is a great start to a career in Metal so we’re looking forward to what they offer up next [7/10]

“Toxoplasmosis” by Slaves of Dissonance is out 12th August 2022 and should be available over at bandcamp. 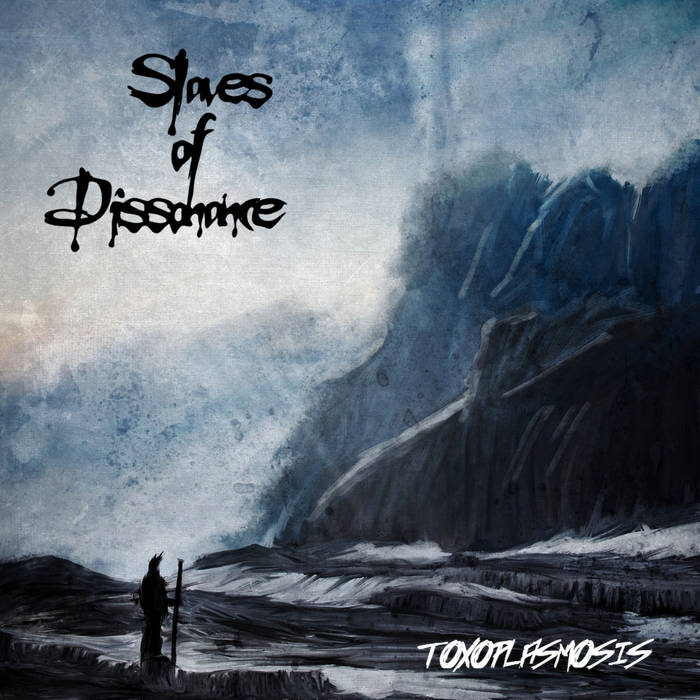