As the three year anniversary of their debut EP “Pulmonary Failure” has been reached, Monasteries have returned to “The Amygalda Chorus” for a one take vocal performance. Rising from the wake of influences in Tony Danza and The Acacia Strain the Technical Deathcore brutes are preparing for the festive season in style, having given “Digital
Read More

“2 minutes to midnight, The hands that threaten doom, 2 minutes to midnight, To kill the unborn in the womb” Oh wait. Wrong song… with pre-orders available here, Monasteries have announced 23rd April will see their sophomore EP “Silence” drop via Seek & Strike Records. A third single as popped complete with music video and
Read More

The new age of Monasteries has begun with the Mancunian Technical Deathcore heavyweights announcing their signing to Seek & Strike, the label home of Orbit Culture and Upon A Burning Body who also signed Exist Immortal last month. To celebrate, they’ve premiered a new single in “Allowing Your Traitors To Die” which as with their
Read More

Mancunian Technical Deathcore act Monasteries have been hinting at new single “The Amygdala Chorus” for a while now and have spared no expense with Loki Films shooting a music video and Myroslav Boris-Smith (Confessions Of A Traitor) recording, mixing and mastering at Jigsaw Audio. The track appeared via Slam Worldwide YouTube channel earlier today, it’s
Read More 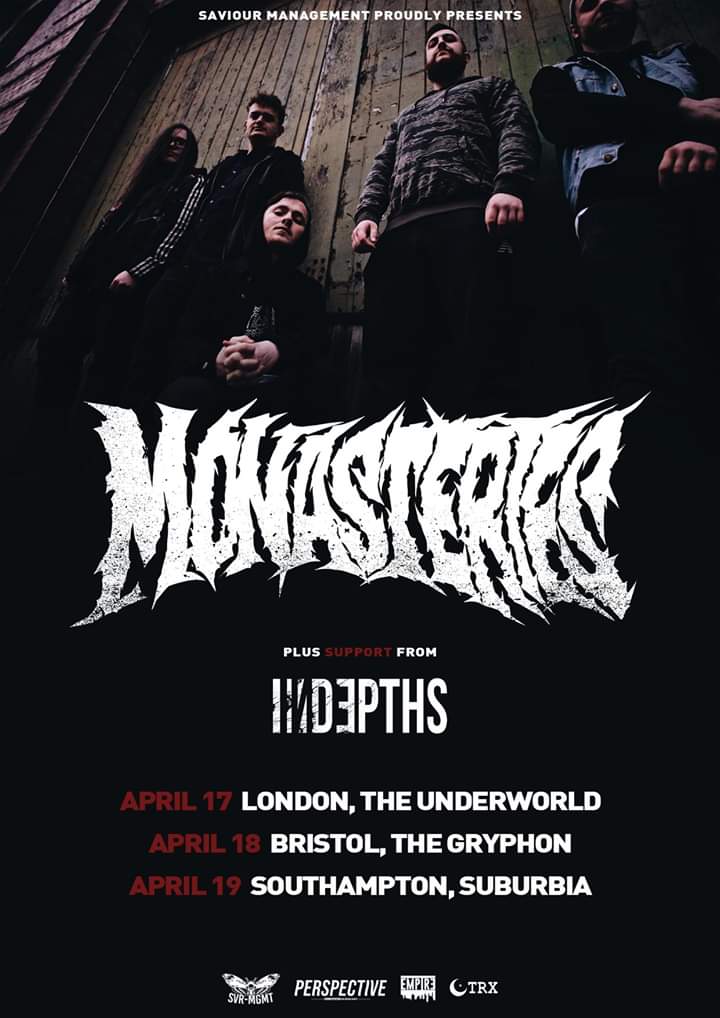