Formed in 2017, East Anglia melodic hardcore quintet Homelands have made a solid start to their collective music careers. Smashing a pair of EPs out of the park in less than a year in 2018, their April debut “Hurt People Hurt People” saw the impressive “Origins” get a reaction video on the FYM Reacts YouTube
Read More 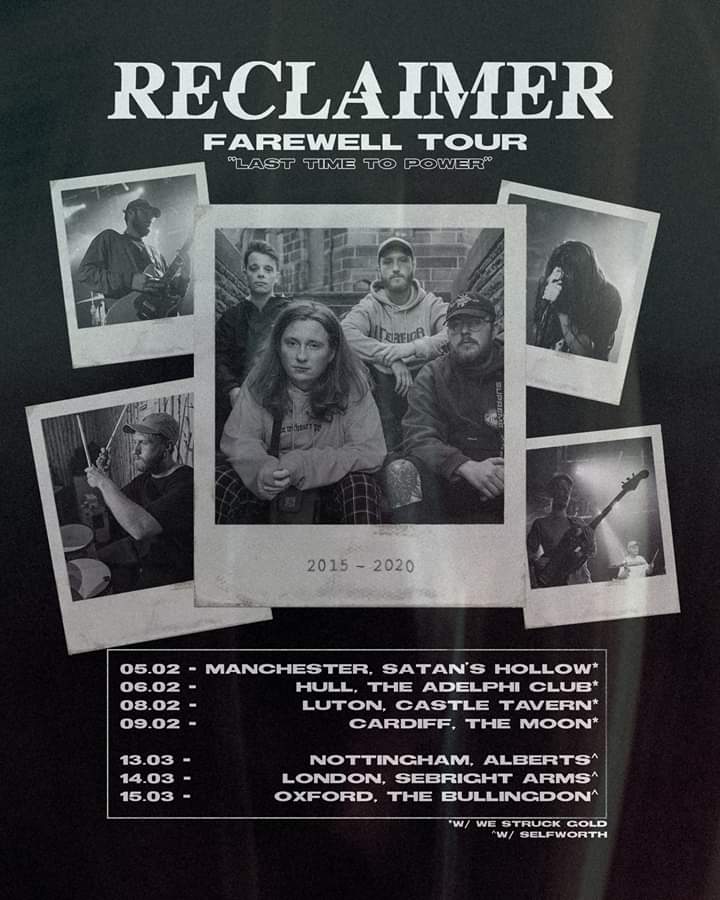 Much to our shock and surprise, Lincoln Post Hardcore act Reclaimer have announced a farewell tour. Five years and a pair of EPs down the line, the band who signed for Famined Records in August for “Grief Enslaved” they will be joined by We Struck Gold and Self Worth on selected dates. We’re going to
Read More

Bristolian Post-Hardcore Gentleman We Struck Gold would like you to do as we all should on Winter’s nights and spare a thought for those less fortunate than ourselves. They’ve inked the socially aware “December“, a song about a homeless woman, to drawn some much needed attention to the current homeless crisis in our Green and
Read More

Lincoln Post Hardcore crew Reclaimer have had a fantastic 2019 including signing to Famined Records, the home of Harmed for their sophomore EP “Grief Enslaved“. They’ve called time on their live shows now but will return with We Struck Gold in February! 5th Manchester, Satans Hollow 6th Hull, The Adelphi Club 7th Birmingham, Asylum 2
Read More

Pinch and a Punch 1st of the month, no returns back. A kick in the d*** for being so quick. It can only be that time of the month again! Recalling the month of August which featured a massive 91 music videos including fresh cuts from Reclaimer, Infected Rain, Derelict Dream and As I Lay
Read More

Lincoln Melodic Hardcore quartet Reclaimer have been on the road for a while now and with a pair of singles in “Chapter II” and “Merge” which features a guest appearance from I, The Map Maker frontman Ash Emery appearing between their debut EP and this one showing plenty of promise, it’s no real surprise that
Read More

There is just a day to go before the dawning of a new era for Lincoln Melodic Hardcore quartet Reclaimer. Their new EP and first for Famined Records will fall from the sky and with that in mind they’re shared their music video for “Let Go” having already shared ones for “July” and “Canvey”!
Read More 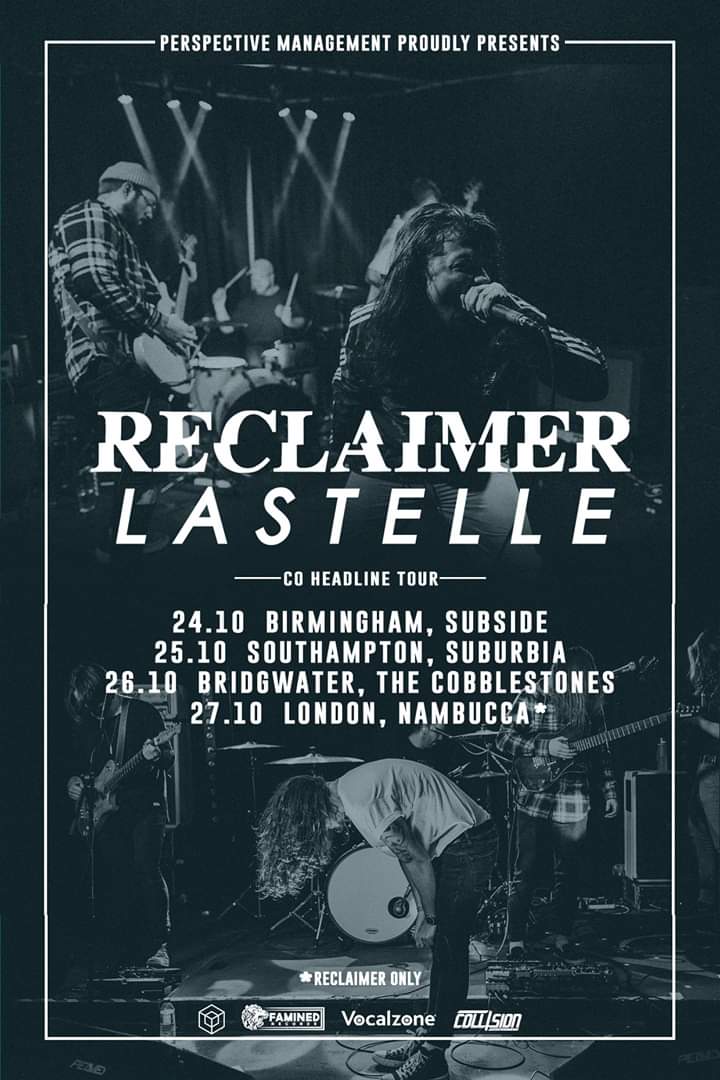