SECT who feature in their ranks memebers of Fall Out Boy, Earth Crisis, ex-Cursed and  surprise released their new Converge guitarist Kurt Ballou produced album “Blood Of The Beasts” on 30th August via Southern Lord were filmed by Maximum Volume Silence at the Saint Vitus Bar in Brooklyn New York on 31st August in full technicolor glory!
Read More 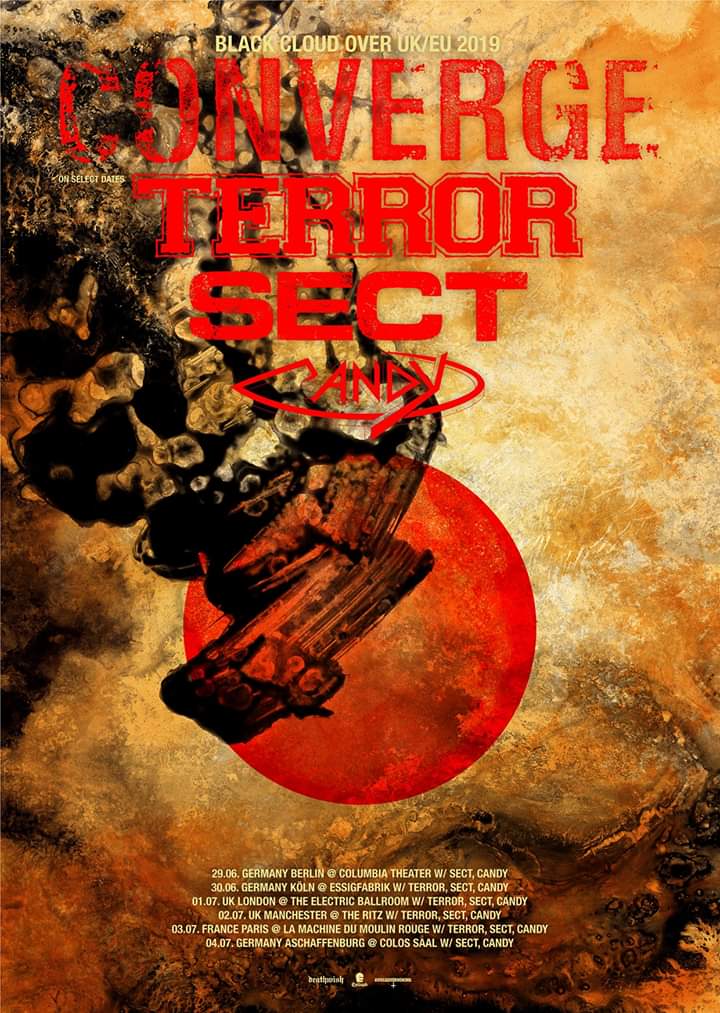 Scott Vogel fronted Hardcore legends Terror will be back with us in July for a short run of dates with Converge, Sect & Candy. A genius editor somewhere has put together this art house style horror music video for “Mental Demolition” from their current Pure Noise Records hard hitter “Total Retaliation” and it’s freakishly good.
Read More

July will see a pair of shows upon our shores with a line-up consisting of Converge, Terror, Sect and Candy. The shows have been announced in a run of just 6 European Tour dates which sees Terror absent for the first and last shows in Germany. 1st London, The Electric Ballroom 2nd Manchester, The Ritz
Read More

…and for those not familiar with Sect, here’s a full set from the hardcore crew, Pro-Shot in high definition at The Fire in Philadelphia PA on 15th July. The band will be upon our shores in November with Gust. Their album “No Cure For Death” is out now…
Read More