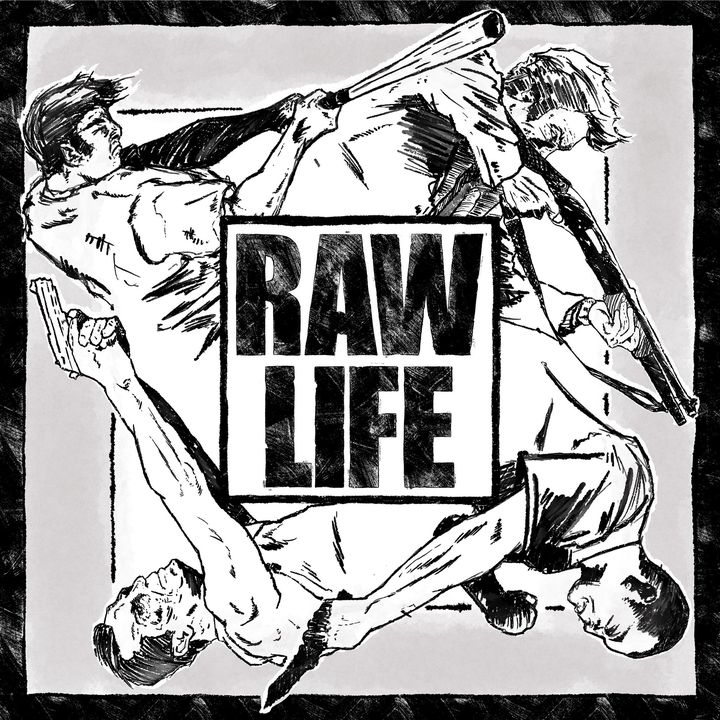 Back in Philadelphia, Pennsylvania are Raw Life, a Hardcore act who hail from New Jersey and feature Silent Planet drummer Alex Camarena on guitars and have seven tracks spread across two demos and a split EP with Chicago’s Sector. Here’s a full pro-shot set from them at The First Unitarian Church on 16th October with
Read More

Anyone who has heard the new Silent Planet album “Iridescent” will understand the sentiment that it is one that lends itself to having every cut given a music video because each one has an intense movie scene feel, a cinematic quality and Garrett Russell’s philosophical lyrics fuel that fire. They’ve chosen “Panopticon” the latest from
Read More

Several vinyl edition pre-orders have already so if your into that then you need to act fast to secure a copy of the 12th November via Solid State Records releasing “Iridescent” from Silent Planet. The label have shared another single in “Anhedonia” with the last one “Terminal” clocking up an incredible 291k streams on Spotify
Read More

They may have announced a new album in  “Iridescent” for 12th November via Solid State Records but the touring machine of Silent Planet never stops. Here’s a full set from the band at The Foundry Concert Club in Lakewood Ohio on 16th September, pro-shot and mixed by Leo Sypniewski. The Metalcore outfit have already shared
Read More

After an interesting split EP with Fit For A King that includes “Trilogy“, a single that focuses and revolves around vocalist Garrett Russell’s stay in a mental hospital in which he wrote the lyrics in one sitting, the return of American Metalcore act Silent Planet with a new album in “Iridescent” might have seemed a
Read More

Serving as another reminder that the follow up to 2017’s “Human Nature“, the one with that Garrett Russell of Silent Planet guess vocal appearance on it, will drop on 13th August via Solid State Records, the Spirit Breaker have chosen “The Mountain Between Us” as a demonstration of their Progressive Metalcore prowess. The album is
Read More

At The Underground Arts in Philadelphia, Pennsylvania on 3rd July to be precise, a show which saw Hardcore return for Raw Life. For those unfamiliar, the band feature Silent Planet drummer Alex Camarena on guitars and have a pair of demos in the melting pot that you can find in the usual places, “God Complex”
Read More

Cayhem Interviews got the opportunity to spend the day in the recording studio with Silent Planet Drummer Alex Camarena as he was working on the bands upcoming new record. The Los Angeles Californian act had shows booked with Kublai Khan in Texas around the 4th Anniversary of their album “Everything Was Sound” in July… yes, Texas
Read More

Citing influences from the likes of Erra, Bleed From Within, Born of Osiris and Silent Planet, guitarist and producer Odin De Sa formed Within Ceres in 2014 to perform at a collegeband competition called “Searock” at BITS Pilani Institute in Goa India, a place where you can count the number of Metal bands or even bands in
Read More

Now that the late September European Tour trek for Kublai Khan has been rescheduled for May 2021, it seems that the already re-arranged once “Dark Skies” World Tour that will see Fit For A King joined by Silent Planet, Alpha Wolf and Brand of Sacrifice upon our shores maybe in jeopardy as well. But the
Read More