Having premiered an audio stream for the cut last week subliminal criminals Stray From The Path have resisted the temptation to premier another new track from their 9th September releasing new album “Euthanasia” and instead opted to give us a full blown music video for “III“. The band have opted for a straight to video
Read More

The previously hinted at new album from Stray From The Path will officially drop on 9th September via UNFD and feature a guest vocal appearance from Jesse Barnett of Stick To Your Guns fame on one called “Bread & Roses“. Turntable action from Benno Levine will also grace one called “Ladder Work” on the Will
Read More

The success of Stray From The Path following the game changing “Subliminal Criminals” has been nothing short of phenomenal and new album “Internal Atomics” keeps them at the top of their game. They’ll be in Europe in December and as of 25th October, more than half of the shows on the trek are sold out.
Read More

If there was any doubt in the mind that Long Island New York Alternative Hardcore quartet Stray From The Path would deliver anything other than an album of Politically and Socially aware tracks of groove laiden riffs with a nod to Rage Against The Machine, then let us dispell that myth now. There is no
Read More

Formed in Long Island New York in 2001, American Hardcore Punks Stray From The Path released a trio of albums independently before signing to Sumerian Records and dropping six albums up to and including 2017’s “Only Death Is Real”. The previous album “Subliminal Criminals” which appeared in 2015, was to many the one that really
Read More

The Roundhouse in the heart of London is the venue for tonight’s album release show and the closing date of a European Tour that has seen a quartet of bands building up to the appearance of “So What?”. The presence of a note that says a live choir will be appearing tonight is an intriguing
Read More

To say that Rage Against The Machine are (that’s “are” as opposed to “were” – they will be back!) influential is like saying black is the new black. Their influence is felt far and wide in the Metal community, despite the 18 long years since the bands last studio album, 2000’s “Renegades”. Los Angeles California’s finest export?
Read More 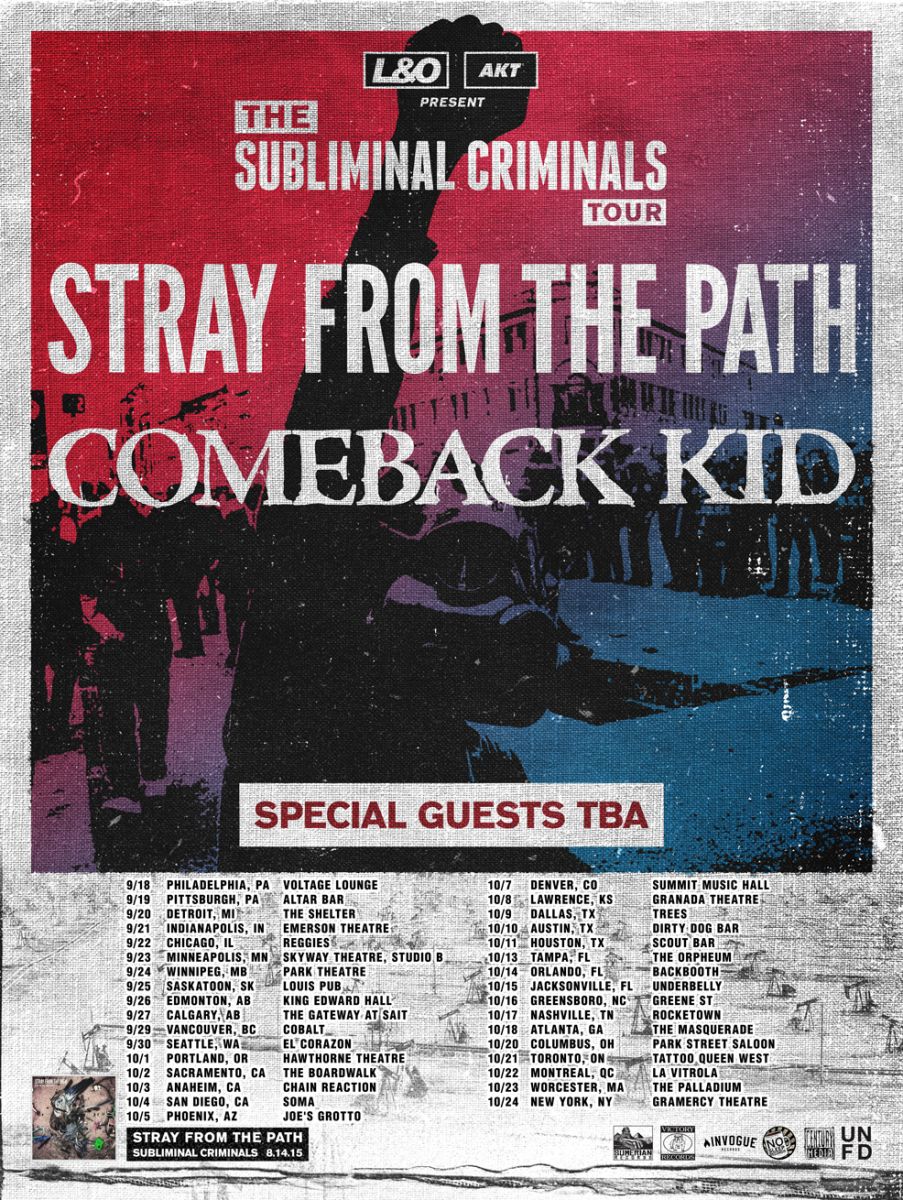