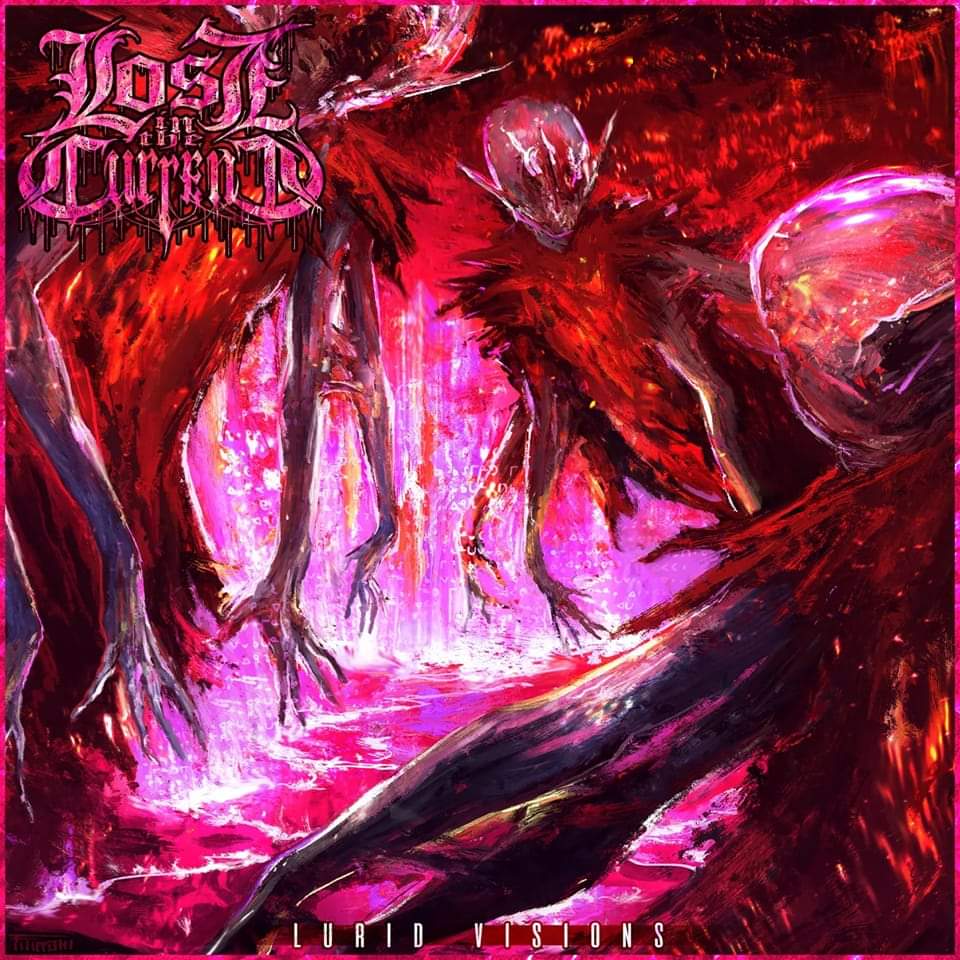 It may feel like the sophomore EP “Lurid Visions” from Chicago Illinois Lost In The Current has been a long time coming as the follow up to their well received 2019 debut “Suffocate The Wake“, but our eyes may have been deceived as the band shared live footage of a trio of the new cuts
Read More

Filmed on 10th July at Magoo’s Bar in Bedford Park Illinois, Lost In The Current have shared a live performance of their latest single and vicious little ditty “The Clearing“. The cut will appear on the as yet undated Deathcore collectives sophomore EP “Lurid Visions“, the follow up to December 2019’s well received “Suffocate The
Read More

For a while it looked as though Lake Village Indiana (Jones) Deathcore collective Lost In The Current had suffocated at the wake so their return three years down the track with a blistering new single in “The Clearing” is a welcome one. Biding their time, the quartet have clearly been influenced by the early works
Read More

It seems that subtly Lost In The Current have announced a new EP titled “Lurid Visions” is on the way in follow up to the neck snapping “Suffocate The Wake” with the Deathcore enthusiasts sharing a new cut in “Malignant” cut from their set at The D Comedy Club in Gary Indiana on 1st March,
Read More

Bringing the heat of Northwest Indiana Deathcore to our ears since their formation in 2018, Lost In The Current have returned to the stage at the furnace that is The Forge in Joliet Illinois. Cut from their set on 23rd May 2021 they’ve shared “Oppressors“, “Malignant” and “Pharmaceutikill“. Back in 2019 they dropped an EP
Read More

Filmed at Digital Tour Bus’s favourite hang out, The Forge in Joliet Illinois on 15th February 2020, here’s the Deathcore Groove Metal of “Pharmaceutikill” from Lost In The Current. They delivered the goods with EP “Suffocate The Wake” on 31st December 2019, which we love so much we reviewed it. So if you like this,
Read More

Earlier this week we reviewed debut EP “Suffocate the Wake” from Northwest Indiana Deathcore quartet Lost in the Current after hearing their brutal pre-release single “Blank Check” and it’s a fine way to start 2020 if you haven’t already heard it. Five weeks before the EP drop, performing “Mind over Malice” and “Blank Check” at
Read More

Produced by CJ Rayson and with cover artwork by Blas Art, Lost In The Current dropped their debut EP “Suffocate The Wake” on 31st December 2019, the day before we were anticipating a few 1st January turn of the year surprise supply drops to parachute down from the sky. Bringing the heat of Northwest Indiana
Read More

Bringing the heat of Northwest Indiana Deathcore to our ears since their formation in 2018, today marked the release of “Suffocate The Wake” by Lost In The Current. To get your ear drums bleeding, they shared a lyric video for “Blank Check” from the EP via Chugcore Promotions and as you might expect, it’s as
Read More