Alternative Press caught up with Tech-Metal infused Metalcore crew Wage War to talk about their Slipknot influence (which became subject of the Riff Police), their love for Taylor Swift and what we can expect from a new album. The band will be joining August Burns Red and Betraying The Martyrs upon our shores in December!
Read More

Continuing yesterdays tribute to Kyle Pavone from We Came As Romans who tragically passed away aged just 28, it’s time to get into some Taylor Swift. Yeah, you read that right! Fearless Records long running Punk Goes Pop covers series has been graced not once but twice by the boys from the Motor City of
Read More

Previously releasing single “Tonight” in September, French post-metalcore crew Main-de-Gloire have now released a music video for the song. They are renowned for their awesome Punk Goes Pop style covers of the likes of Taylor Swift and Selina Gomez, while imposing their own style, however this largely electronic affair is something completely out of the blue…
Read More

It’s pretty obvious that We Came As Romans have a Pop influence somewhere. They’ve spoken of their EDM influence previously and how they’ve brought that to the table with their buried electronics and industrial sounds on the likes of “Encoder”. The Pop influence has seen the band cut versions of “Glad You Came” by The
Read More

BVTV and Calibre TV have both dropped pro-shot Warped Tour 2017 videos from I Prevail. “Come And Get It” and “Scars” are both below, though neither is a patch on their million selling cover of Taylor Swift‘s “Blank Space”, they’re still decent enough tunes.
Read More 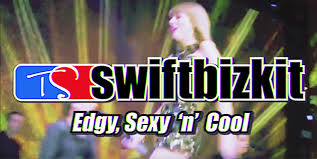 Ever wondered what Taylor Swift would sound like on a Limp Bizkit song? Well here you go. The Super Deluxe team have dropped this hilarious music video fusing the pair.
Read More