A music video for the recently released System Of A Down single “Genocidal Humanoidz” has been put together by bassist Shavo Odadjian alongside Adam Mason, Simon Boyes and Deep Sky as the band continue their fundraising campaign for wounded Armenian soldiers. The video follows a live stream event which has also now been released in
Read More

Infighting may have prevented System Of A Down from creating any new material for fifteen years but Armenia is in their hearts and so with two new tracks appearing here for charity out of the blue on 6th November happened. Continuing to raise awareness, they’ve gone behind the scenes of the music video for “Protect
Read More

Much to everyone’s surprise, System Of A Down have, after 15 long years unveiled not one but two new songs in “Protect The Land” and “Genocidal Humanoidz” after a long period of disquiet in the media about opposing political view points within the band. The funds raised from the songs are a charity donation to
Read More

So it seems that one of the biggest names to come from the Nu-Metal era and Glendale California in Armenian-American quartet System Of A Down seem destine to follow Rage Against The Machine down the path of being a Festival or Arena tour act only with no new material, living from former glories. Not that
Read More

Mixed by Jason Suecof, Nekrogoblikon have released a… dance version(?!) of the System Of A Down classic “Chop Suey” that sounds like a  Kraftwerk tribute in a totally off the wall kind of way. “Welcome To Bonkers” remains a firm favourite and having seen the Californian Melodic Death Metallers tear up Camden last year this
Read More 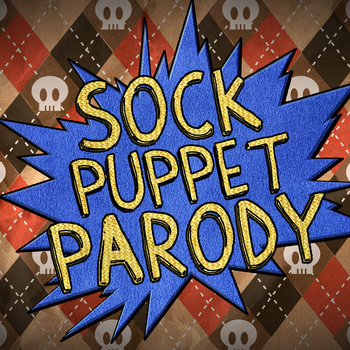 The Sock Puppet Parody team have once again produced a thing of beauty with socks! This time out taking a stone wall classic and much covered “Chop Suey” by System of a Down and reworking it in their own unique style! We’re going to avoid the obvious doggy references and let you dive into that
Read More