After a holy trinity of singles built up some serious anticipation with the aid of high quality music videos, Metalcore Meets Post-Hardcore outfit Schemata Theory landed their second punch with a sophomore album “Unity In Time” that saw Justin Hill (SikTh, Heart of a Coward, Betraying The Martyrs) acting as a partner in crime. A
Read More

“We wanted to explore the concept of connection in this new album and it’s importance in every aspect of life. Technological advancements in the 21st century have drowned us in the mass-exposure of information, revealing uncomfortable truths – and untruths – about the world and its inhabitants. As a result, it has exposed the disconnects
Read More

Progressive post-hardcore quintet Schemata Theory have released a third from their upcoming new album “Unity In Time”, aided and abetted by Justin Hill (SikTh, Heart of a Coward, Betraying The Martyrs). Titled “Mind Eater” the song takes a look at the consuming and destructive nature of anxiety, following the narrative of the album that is based on their acknowledgement
Read More 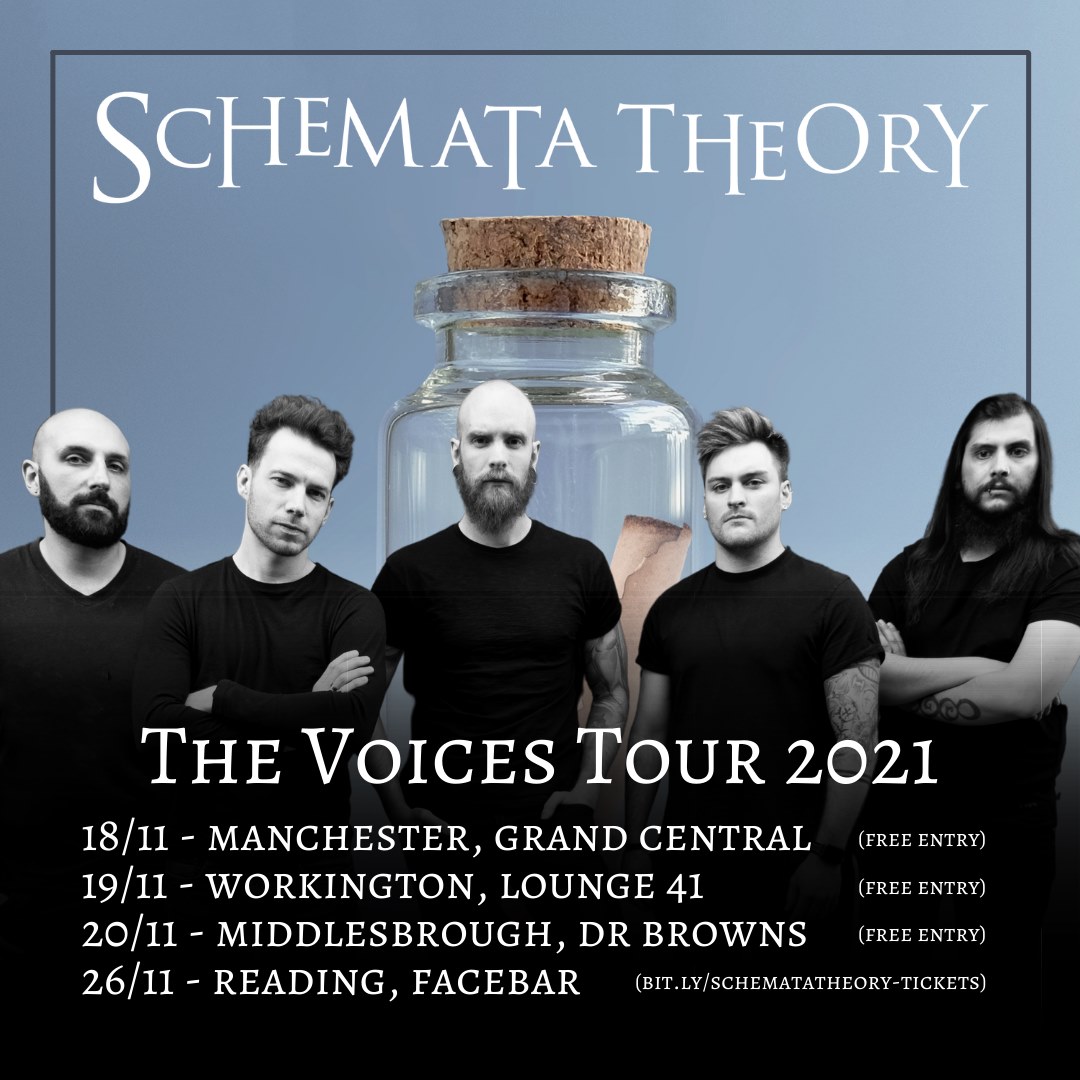 Delving into personal subject matter of vocalist Myles Dyer’s battle with his mental health following a near-fatal accident Schemata Theory have released a video for ‘New Vision’, the second single to be lifted from their upcoming new album, ‘Unity in Time‘ recorded with Justin Hill (SikTh, Heart of a Coward, Betraying The Martyrs) at the helm.
Read More

Reading based Progressive Post Hardcore quintet Schemata Theory are set to hit the road in a weeks time in support of last months new single “Voices“, the first taken from their upcoming full length “Unity In Time“. Another one Produced and Mixed by Justin Hill (The Five Hundred, Hacktivist, Heart Of A Coward) that album will see
Read More