The seventh studio album from Swedish Black Metal Kings Dark Funeral is the subject of a conversation between vocalist Heljarmadr and Belgian Jasper with everything from lyrical themes, musical diversity and drinks of choice all very much on the table. “We Are The Apocalypse” comes six years after “Where Shadows Forever Reign” via Century Media
Read More 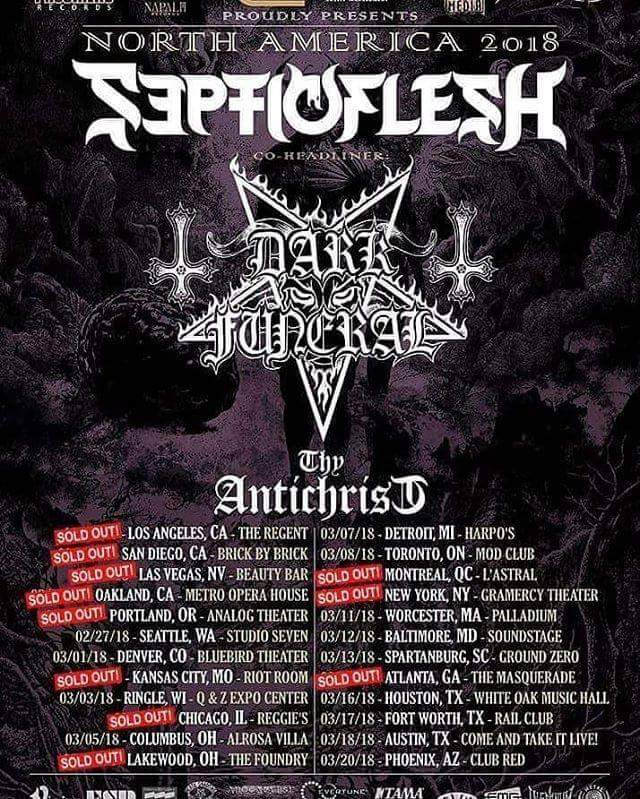 Pro-Shot in High Definition at a sold out Foundary Club in Lakewood, Ohio, here’s a full set from Stockholm, Sweden’s Kings of Black Metal Dark Funeral! The bands 2016 album “Where Shadows Forever Reign” is out now via Century Media.
Read More