Skip to content
HomeUnder The InfluenceUnder the Influence #53: Hex Wound on “Gateways to Annihilation” by Morbid Angel!

The year 2000 saw Millennium Bug fears turn out to be nothing as Tampa Florida Death Metallers Morbid Angel inked just their sixth studio album in 17 years to that point, a turbulent line up being partially to blame with riff lord Trey Azagthoth essentially being the mastermind of the highly influential act and the only ever present during the entirety of their career to date. Much loved bassist and vocalist David Vincent had exited stage left before the record prior with Steve Tucker entering the fold for the first of three stints in the band and this album marks the first to have his lyrics on it as he and Azagthoth struck a rewarding writing partnership. It was also the second and last album to feature guitarist Erik Rutan, who left to focus on his own act Hate Eternal. Marking something of a style shift from the previous album “Formulas Fatal To The Flesh” which is more is a Speed Metal onslaught akin to early Slayer, “Gateways To Annhilation” saw Morbid Angel return to the sound first heard on their sophomore album “Blessed Are The Sick” from almost a decade earlier, with a slower and more atmospheric texture.

Hex Wound vocalist Cast comments: “My journey into extreme metal started as a teenager in the late 90’s. It was a great time to explore music. The internet and file sharing was taking off, and finding obscure CD’s was a fun past-time. Like many, I was familiar with mainstream rock and metal, but was completely reeled in by more aggressive music. Some of the first bands that I found for myself were mostly Swedish: Dark Funeral, Marduk, Sacrilege, however, that all changed when a friend let me borrow Morbid Angel’s Gateways to Annihilation. It’s one of the albums from my youth that stood out for it’s eerie and heavy atmosphere, brutal vocals that could be followed without the lyric sheet, layers, grooves, and drumming that was bone crunching. “Summoning Redemption” exemplifies this-it’s timeless. Steve Tucker’s vocals were powerful and convincing when exploring the conceptual themes within the album. I reference “Secured Limitations” to mimic the layered high pitched screams with low growls between Trey and Steve. Erik Rutan and Peter Sandoval’s performances on the album and their contributions to extreme music at large can’t be overlooked. It’s hard to accept that the album came out 20 years ago. I finally had the chance to see Morbid Angel perform live in Raleigh, in early 2019. Steve was once again on vocals performing classic songs like “I”, unlocking a wave of nostalgia and brutality that steers away from the heavy core influences of today. The high felt during that show sped the formation of Hex Wound” 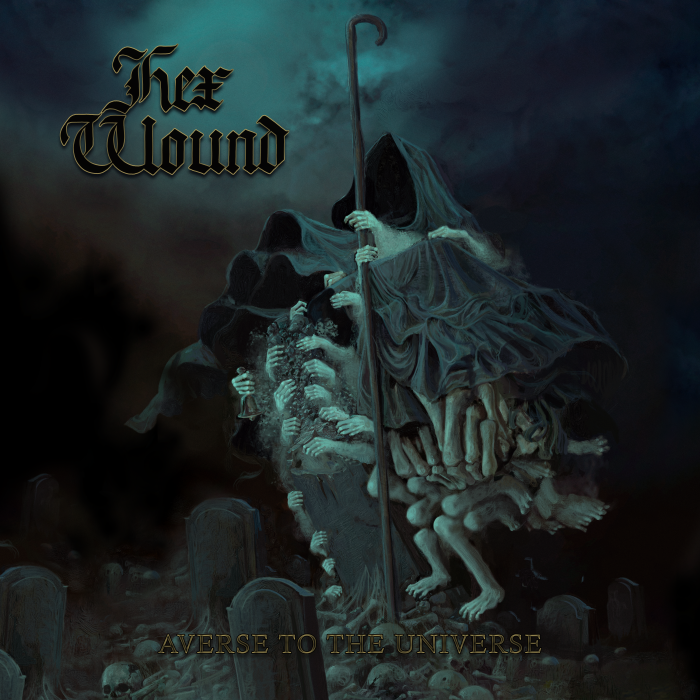