Panssarituho (or “Armor Destruction“) are a Death Metal from Finland who like to incorporate hints of Thrash and Punk with old school attitude. They swear that they have nothing political and no ideology in their lyrical content; they say they create nothing but f***ing aggressive Metal. Created by Extermus (ex-Ruindom) on Guitar/Vocals and bassist Invicto, the band didn’t really get going until drummer Macellarius (Deathing, ex-Ruindom) joined that things started to move forward, following lyrical themes about war, because they think that it is a very interesting, if cruel and violent subject to write about and doing everything in house and DIY. This demo is their first recorded work, but they have plenty more where this came from…

…The trio of tracks that Panssarituho have started with here are raw sounding, as if recorded live and capture that kind of energy well. “Tahdot Tappaa” (or “You Want To Kill“) starts things off with some typically Slayer esq riffs and the Jackhammer footwork is pulverizing as Macellarius puts in an energetic and performance. The solo is blistering and expected given the way the trio operate with Extermus putting in the work of two guitarists as well as doing the vocals. “Oman Käden Kautta” (or “Through Your Hand“) sees more on the guttural side of those vocals, slowing the tempo for the opening onslaught before raising things up to break neck territory pretty quickly. Fans of 80’s Death Metal will be climbing out of their graves for this, even if the bass is a little bit heavy in the mix here. Another slower starting cut, “Ylpeys” (or “Pride“) gathers through some riffs of brooding intent to a groove laden sound that will have you swaying like marionettes to the symphony of it’s cold seduction. There is an argument that it could benefit from greater production value, mixing and mastering but that would take away some of it’s evil charm [7/10]

“Demo” by Panssarituho is out now and available over at bandcamp 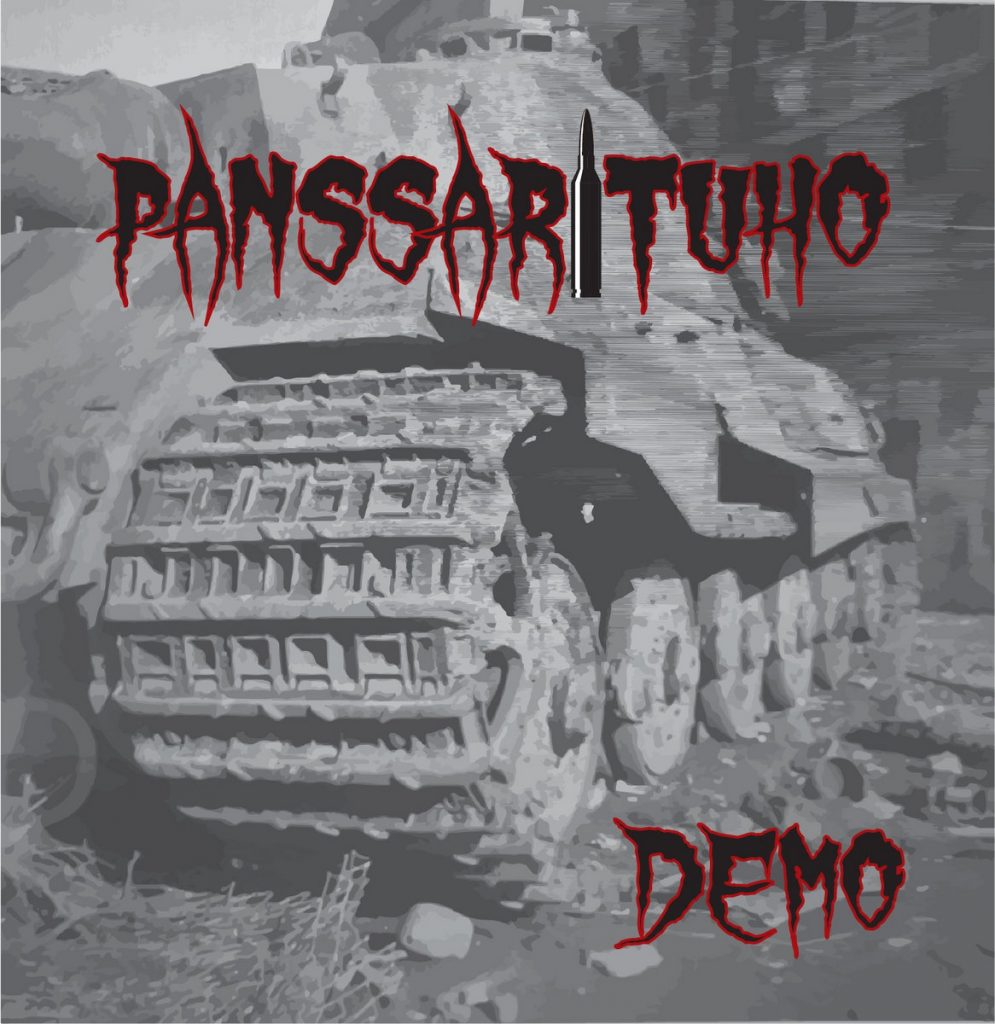