Avatar have become the latest band to move into the pay per view streaming market with a hugely ambitious set of 4 streams set for January 2021. They’ve taken it upon themselves to rehearse a new set for 7 days straight between shows with fan voted set lists so that each stream will be an entirely different proposition that allows the audience to pick and choose what they want to purchase. The exception to that is the opening night which will see the band perform new album “Hunter Gatherer” in full. Tickets and merch are available here.

The schedule of Avatar Ages – An Impossible Concert Experience concert stream events is as follows:

About the performances, frontman Johannes Eckerström says, “Nothing can top the feeling of standing eye to eye with the roaring beast that is a metal crowd, hungry for blood. Instead, what we are setting out to do is a series of shows we could never do on a normal stage. You will see Avatar as you’ve never seen us before. More music, more madness. We enter this with a game plan like no other, but ultimately the power is yours. This is something we’ll create together. We have missed you.” 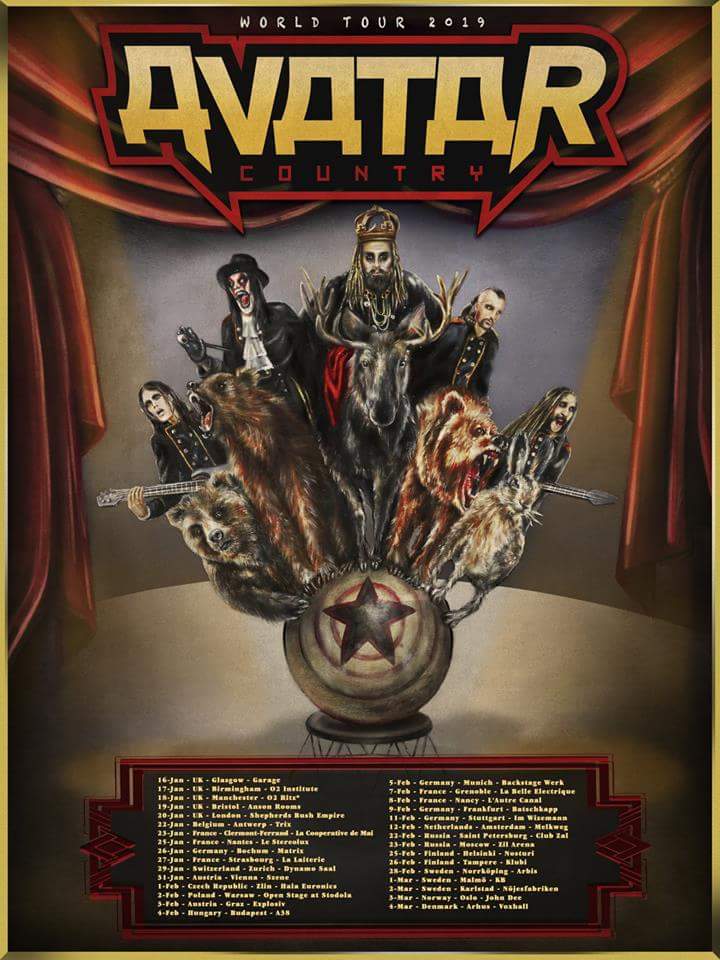