Portuguese Sludge Metal act Vaneno who hail from the capital city of Lisbon may have formed in 2017 but it wasn’t until the group of friends expanded their line up with the arrival of Pedro Fernandes on bass and Alexandre Fernandes on vocals that their flame ignited with the desire to commit their works to the digital universe. The pair joined drummer Miguel Nunes, lead guitarist Eduardo Cunha and rhythm guitarist António Tavares at SinWav Audio with Pedro Mau (Kneel, Wells Valley) who co-produced, recorded, mixed and of course mastered “Struggle Through Absurdity“, the bands debut with influences that range from Sludge, Stoner and Death Metal…

…Born from the desire of old friends that wanted to jam together, the promo pictures of Vaneno themselves give them the look of a Hardcore band, only the presence of a Conan t-shirt perhaps giving away some of their influence. Truth is that the quintet are a far more diverse act than that, which is evident from the first strains of opening cut “Glorybringer“. The feedback of Hardcore Sludge Metal crossover acts like Left Behind give the band a raw, loose feel as if the band are performing live in a room together with Mau sat behind the boards banging his head. He has extracted from them a performance which is telling, helping them to elevate their performance levels with his experience and crucially getting the mix right so everything has balance. The chug of Raging Speedhorn esq Stoner Doom Metal is right here and Fernandes is the ideal frontman for these riffs, able to keep himself in check with the slower parts and elongate his roar, while shorting it when the pace is picked up, evidenced in “Deceiver“, a rhythmically pounding effort full of muscular, groovy riffs. “Ad Nauseum” brings that Crowbar edge to the table with Fernandes lyrics being particularly poignant; indeed the two bands would make good touring partners when Crowbar are next in Europe as the audience would be appreciative. Lyrically “Nightrider” belongs on the soundtrack to a Mad Max film, it’s apocalyptic wasteland depiction of a suicide machine driven at breakneck speed stepping outside of the box but working incredibly well; the solo is slick and tasteful. Do yourself a favour and get some Vaneno in your life [7.5/10] 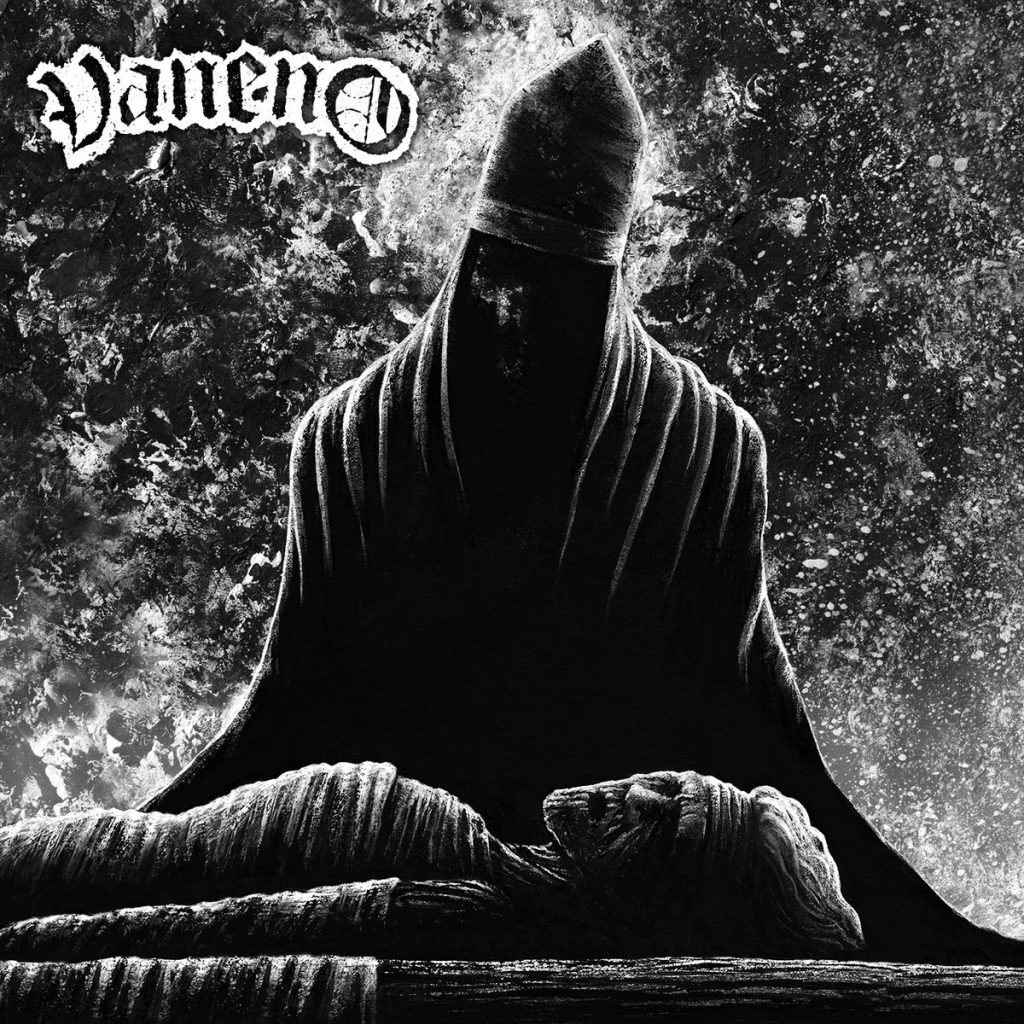