Formed in Copenhagen Denmark in 2011, we didn’t come across the brilliance that is Siamese until Tech-Fest in 2018. They took the stage as an unknown entity to us and as is part of the joy of a festival, by the time they left the stage, we were won over. Mashing up their own songs with moments from R&B and even some Stray From The Path, they have a vocalist in Mirza Radonjica who brings a Maroon 5 or Justin Timberlake vibe but also has Metal prowess. When we saw them again at Tech-Fest in 2019 the band had upped their game and with their then new album “Super Human” cemented their reputation as being a fun band with a collection of unique songs that are seriously addictive. Guitarist duo Andreas Kruger and Rasmus Krøyer know how to write a riff but in “Unified” from the aforementioned “Super Human” you might just find the riff that Jimmy Page inked for “Kasmir” by Led Zeppelin on their 1975 record “Physical Graffiti“. You know, the one that was added to “Come With Me” by Puff Daddy which became the lead single from the 1998 remake of Godzilla? That also inspired a band who Weaponry vocalist Al Bristow likes to call “Poundland Pantera” otherwise known as Gutlocker, who covered “Deeper Underground” by Jamiroquai which appears on that very film soundtrack. So that’s how you get from Siamese to Jamiroquai in nine bands. Simples. 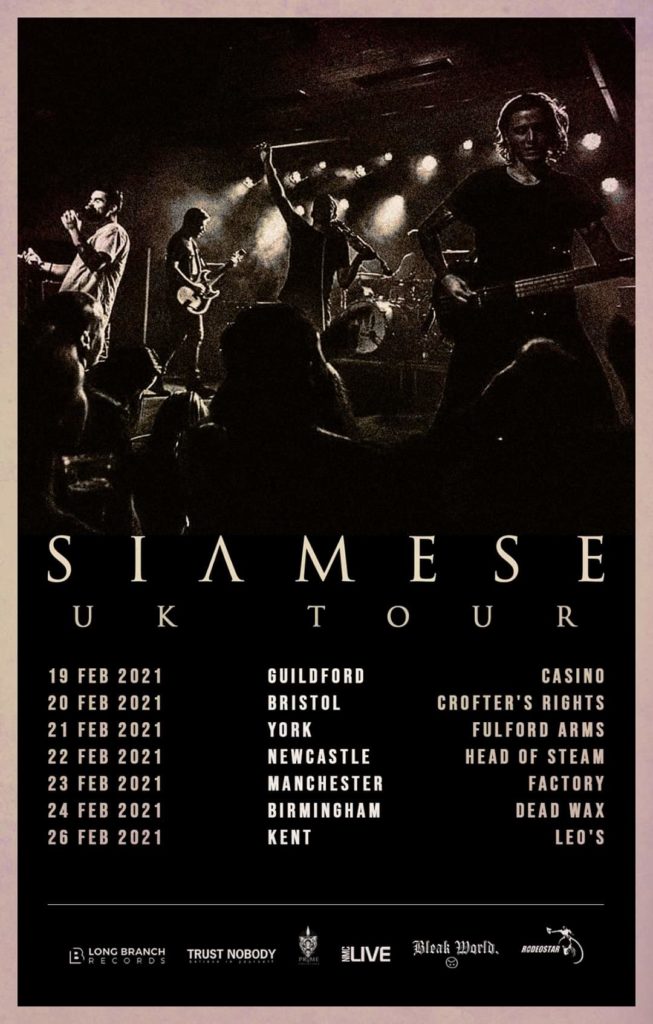