Having announced a trio of album release shows for the summer of 2021 which sold out in seconds, Brighton Progressive Metalcore heroes Architects have now offered up a full UK arena tour to keep us warm on the cold winter nights of February 2020. No hint has been made as to how full these venues will be allowed to get so we’re expecting the full 10k in London and while no support acts have been announced as yet, somehow While She Sleeps is a name on our minds… 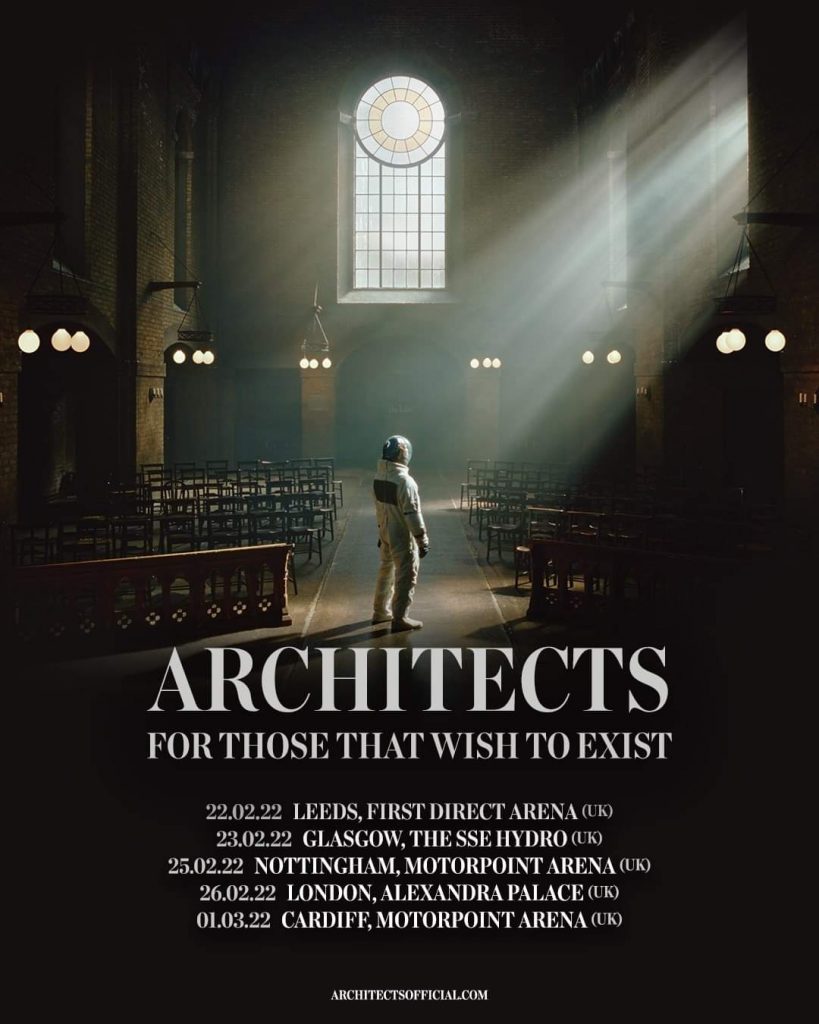 Tags:Architects, Epitaph Records, For Those That Wish To Exist