Continuing their run of tracks culled from the set of Florida Death Metal legends Obituary at Bloodstock in 2017 in full technicolour glory, comes surprise inclusion “No“. The band released their self-titled tenth studio album on 17th March 2017 and a month prior to its release, they dropped the cut as part of Decibel Magazine’s flexi disc series. 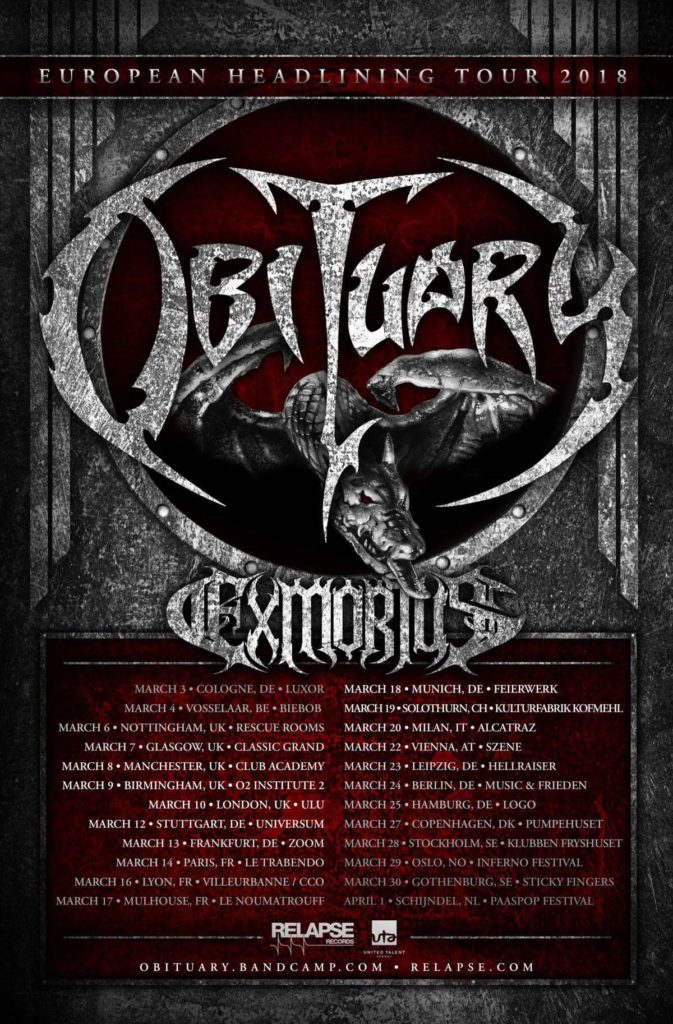