Skip to content
HomeReviewReview: “Self Titled” by Desolate Realm

Formed by members of Decaying, Chalice and Altar of Betelgeuze, Helsinki Finland based duo Desolate Realm are known for combining the epic grandeur of Doom Metal acts like Candlemass with Traditional Metal sounds of Savatage and the mighty groove of Black Sabbath. Formed in 2018 by Matias Nastolin (Guitars, Vocals, Bass) and Olli Törrönen (Drums), they recorded their debut EP “Unleash the Storm” in 2019 with Markus Heinonen at Saarni Music and Lammaskallion Audio in Tuusula engineering the drums. Nastolin himself recorded all the other parts at Louhinta Studios, in Helsinki for that one and given the success of that formula, they took an “if it ain’t broke don’t fix it” approach and kept things the same for this full debut album.

If you’re not familiar with “Unleash the Storm” and are expecting some fuzzy psychedelic textures, huge bong rips and slow drawn out tunes then you’ll have your eyes opened listening to this as the duo instead line on Old School influences and offer up faster riffs with epic melodies in chunky Doom Metal guitar tones. Nastolin is a storyteller and with “Spire” he paints the tale of a journey to Hell as he gets dragged kicking and screaming into the molten core that lies beneath the Earths crust. His use of vocal pitching is really good, some higher pitched wailing moments adding balance to his usual gruff tones, the use of which is purposefully refined so as not to be over powering and so doesn’t appear on every track. When those moments drop out, like in “Beneath the Surface“, they leave the space for some classic Traditional Metal riffs that give the album a timeless feel, so if you’re a fan of records like “Curse of Autumn” by Witherfall or “Cursed Be Thy Kingdom” by Bewitcher but fancy some Doom groove instead of Thrashier moments with your Traditional Metal, then this will be one to check out as it has the same gripping guitar and vocal driven qualities. That being said, there are a few 80’s inspired Thrash riff moments on “Crypt“, which does the classic thing by making the bass bigger in the mix so it bleeds out during parts of lighter guitar work and there is definitely some early Metallica structure moments in “Reckoning“, a marginally faster more headbangable cut that is like a hot knife through butter. As an album, those solid foundations are built upon as it plays out, the consistency of the way everything has been put together giving a nice flow to it all and there is certainly no weak point here. There may not be any other instruments or complex solos but there doesn’t need to be and the straight forward nature of the album is actually one of it’s best features so if you’re a fan of acts like Solitude Aeturnus or Grand Magus, look no further  [7/10] 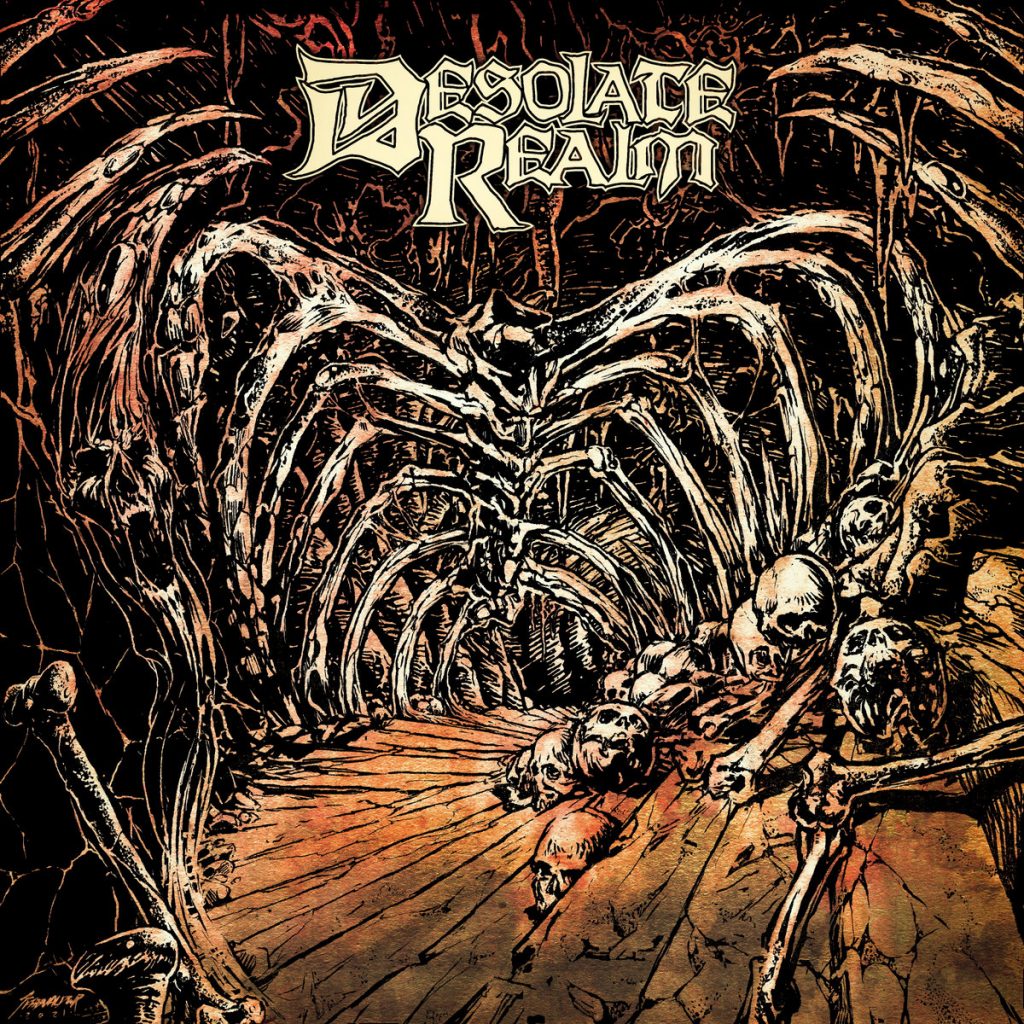