“The theme behind Obsession is addiction, whether it’s sex, food, drugs or even social media. Addiction is a very real and dominating issue in many people’s lives, possibly even more so now during a time where we’re all trying to cope through a particularly challenging time” ~ TrendKill

Taking 2021 by the scruff of the neck and running head first into traffic with it, Northern heavyweights TrendKill have dropped a pair of fresh cuts to remind us that not all is those who wander are lost and that they are as hungry as ever to get back to the riffs, rage and stage as soon as possible. They’ve been at the coal face since 2014, starting out as as so many do, as a covers band before evolving into something else entirely. In 2016 they made their mark at Bloodstock with cuts from their debut EP “One” before unveiling a well received sophomore record in “Black Moon“, however the breaks were firmly applied with vocalist Elliot Bartram departed in 2019. Now they’re back with more Groove laden Thrash Metal and having inked a deal with a new management team in Unearthed Music Management, we got speaking to them…

How have you found the reaction to the singles “Struck From Existence” and  “Obsession“, the first with new vocalist Alistair Lisle?

“We’ve found the reaction of our latest singles to be amazing, it’s always interesting to see if the fans will like a new member of the band, especially the vocalist but Alistair has pushed us to the next level”

How hard did you find replacing original frontman Elliot Bartram? How did you find creating new music that still sounded like TrendKill?

“As bad as it sounds, it was actually really easy haha. Things fell into place and Corey had personally messaged Alistair about the position. Alistair put some lyrics over a demo and right away we knew it was going to work, our first single Struck from Existence was released without us actually meeting each other (due to covid) but its worked out great. I guess TrendKill will always sound like TrendKill.”

Has the success of two well received EPs in “One” and “The Black Moon” as well as a slot at Bloodstock given you more ambition, a greater desire to get support slots with bigger bands on bigger stages for example?

“Absolutely it has! We keep growing and producing more and more music in the pursuit of making this our career. This drive has been in all of us from the start and obviously over time our audience gets bigger and we feed off them and the opportunities that come with it. We love it!”

You’ve shared stages with some Underground Metal favourites in Bloodshot Dawn, Ifreann, Desolation and Karybdis. Do you have any memories of those shows you can share?

“It’s hard to pick one, we’ve had so much fun gigging with every band. Playing Bannermans [In Edinburgh] with Karybdis was great and we had a good party afterwards in the apartment above, we can’t wait to get back there again.”

Being from Middlesbrough, which bands do you consider to be “Kings of the North“?

“That’s a funny one, I’d probably have to say venom due to them being from Newcastle and inspiring so many bands along the way. We know Tony and his new Band Abaddon which are paving a new way in the North with that old school sound!”

Dusting off your magic eightball what does the future hold for Trendkill?

“The future for TrendKill is bright, were currently working on loads of music, we have more releases to come this year. Many tours and festivals in the pipeline so we just can’t wait to play live music again to our fans!” 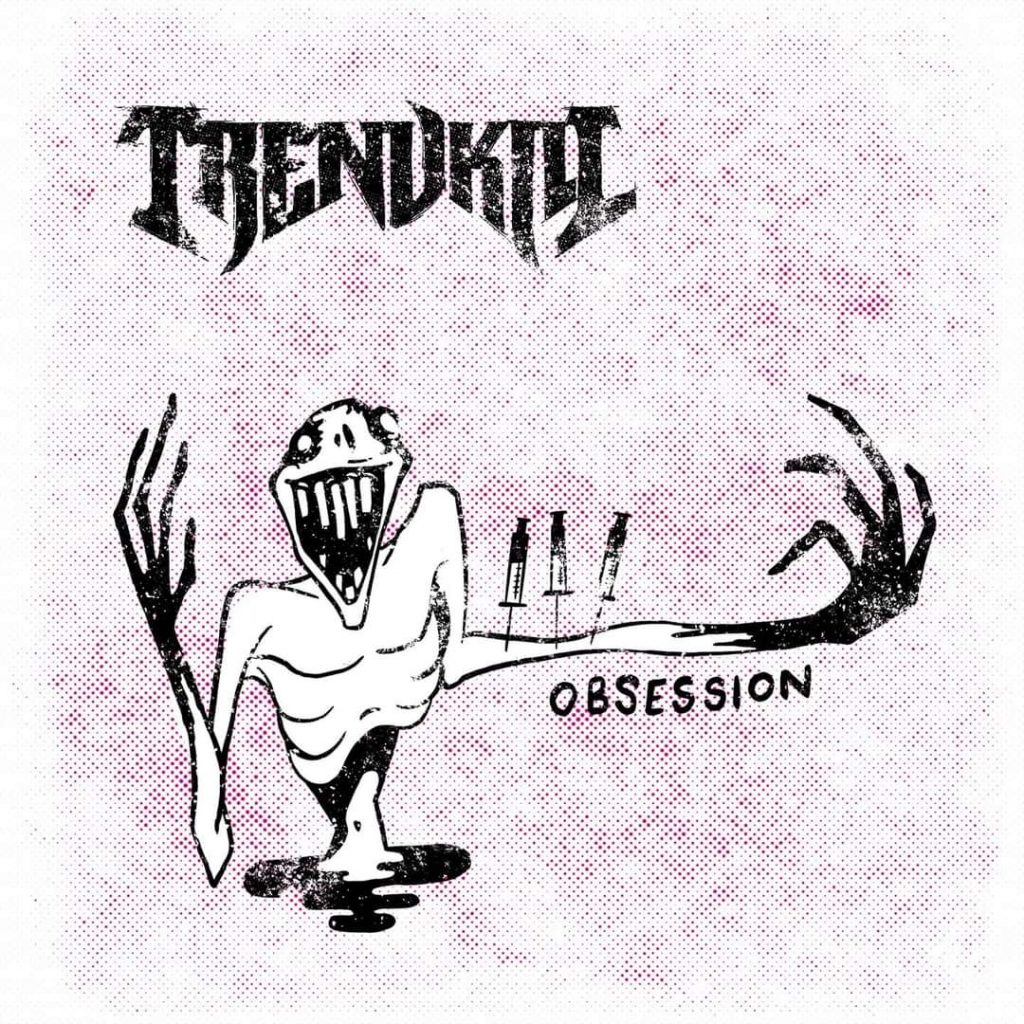