Boston-based Melodic Power Thrash group Let Us Prey have chosen “In Suffering” as their latest single, a freshly edited version from the band’s 2020 full-length debut “Virtues of the Vicious” being released in music video form. Both the song and the music video are based on deeply personal emotional struggles that vocalist Marc Lopes (Ross The Boss) battled during the writing and recording of the record, and the video is being released in support of Mental Health Awareness Month efforts during the month of May. If you missed the album, its a powerhouse affair with four note worthy guest appearances from Jon Donais (Anthrax, Shadows Fall), “Metal” Mike Chlasciak (Halford, Testament), Jimi Bell (House of Lords, Autograph) and the late Oli Herbert (All That Remains).

Vocalist Marc Lopes comments: “This is a different shade of the large palette of LET US PREY, but is very much a part of what we do. We believe heavy doesn’t always have to be barking vocals at a thousand miles a hour (which we do and love as well!). ‘In Suffering’ is a very personal dark journey I endured while writing and recording ‘Virtues of the Vicious.’ Dealing with depression and other aspects of mental dis-ease (as we like to call it, rather than a disease) is no easy task for myself and many. I wanted to release this song in awareness of the grossly overlooked issues of various forms of depression, anxiety and such among so many, especially teens and young adults. Suicide at the moment is at an all-time high stemming from the current state of the world. Being alone and in one’s own mind for long periods of time can bring our friend ‘darkness’ (as I call it) to come play and wreak havoc with our well-being. So many suffer in silence and shouldn’t have to. There is help on many levels these days, and by all means, if you are at that near-breaking point, PLEASE reach out. May is Mental Heath Awareness month, so it seems right to release such a song. I would leave this tune up to the individual’s interpretation, as I think it will resonate differently for each listener. It’s a metaphorical journey into my psyche at the time of writing this. It’s actually the first of a two-part story. The latter is coming soon as well, but for now please check it out and spread the word… and remember, YOU MATTER.” 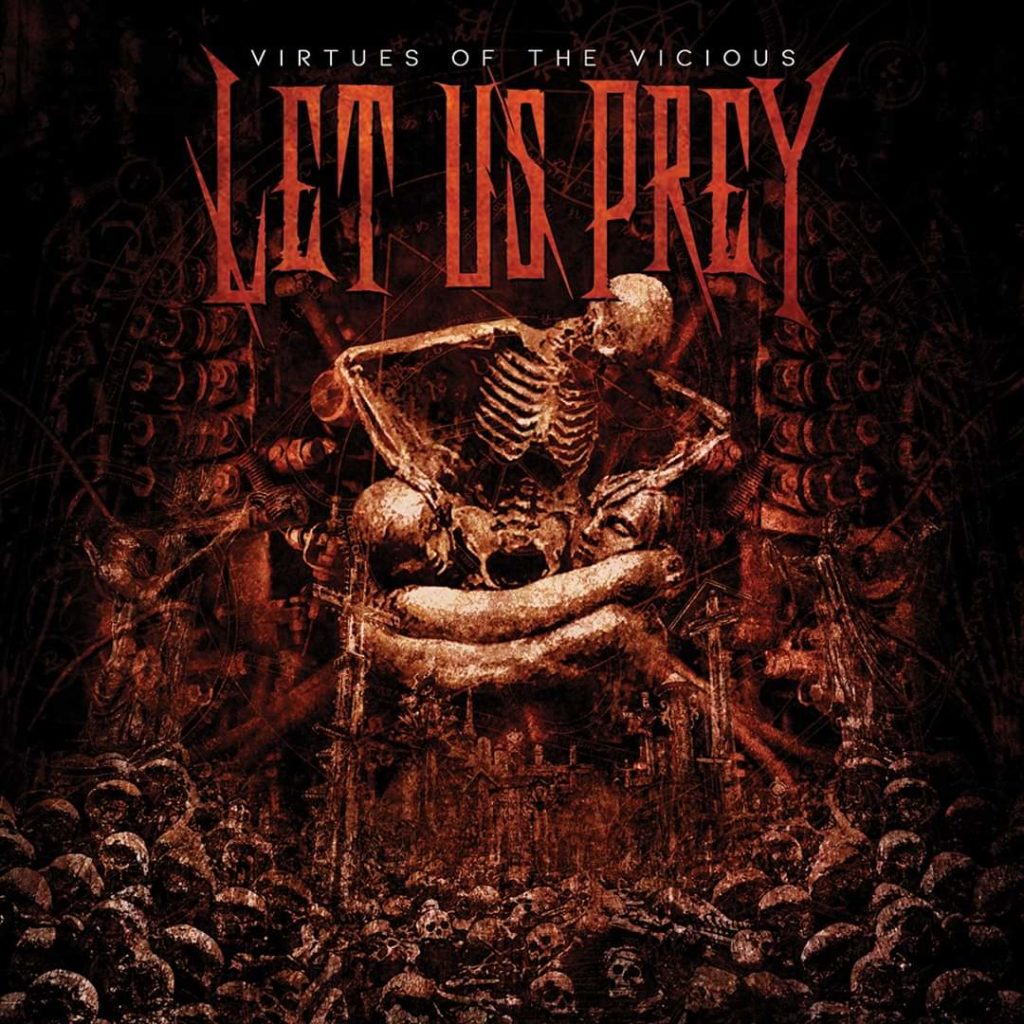 Tags:Let Us Prey, M-Theory Audio, Virtues Of The Vicious