Vulture Lord have unveiled a second single  from their upcoming “Desecration Rite” album, the first full length that the band have released in eighteen long years. ‘Stillborn Messiah‘ is that very cut, a pitiless attack of violent riffs and blood freezing atmosphere that was written by Trondr Nefas back in 2005. His songs and his spirit remain integral to the entity that is Vulture Lord who have a new lineup consisting of musicians from Urgehal, Carpathian Forest, Beastcraft and Endezzma. Set for 20th June via Odium Records, pre-orders are available over at bandcamp 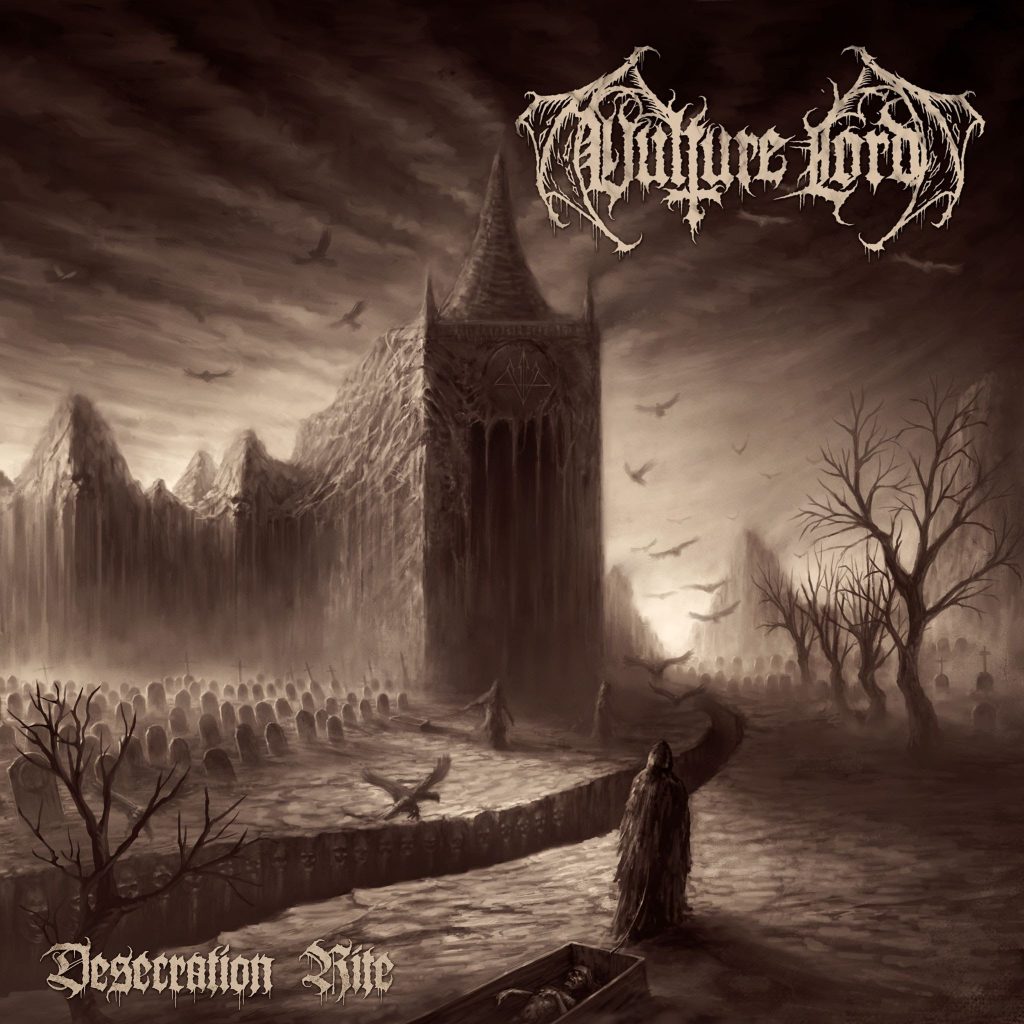