The tales of dead men telling of the horrors of war and the atrocities committed by mankind told in the third person is the work of Entrenchment, an old school Death Metal trio based in Moscow Russia. Demether (vocals), Yuri (guitars, bass), Sergey (guitars, drums) began conscription to their Army of fans at the end of March before unveiling their debut EP “Casus Belli” a month later and we caught up with them about their World for this exclusive interview after reviewing it…

How have you found the reaction to “Casus Belli” so far?

Yuri: “Great response. Comparison of different types of war, not bravura, as say in Sabaton, but new wars with all proxies and PMCs – is right, because our lyrics are really about modern times.”

Demetr: “So far, of course, there have been few reactions, but everything is extremely positive. Such oldschool stuff comes to people, hehe… “

Sergey: “As far as I know, people perceived the EP only positively. ”

You’ve joined a growing trend for using programmed drums with the EP, what do you feel that it gives the band over a real drummer?

Yuri: “It’s nice to be a trendy death metal band. Seriously though, the EP assumes huge enthusiasm and a small budget, and this is an irreparable reality. Drummers-enthusiasts in Moscow are very, very few, there was no desire to turn to commercial musicians. Plus, programming gives you freedom in terms of both imagination and budget. But for the next recordings we plan to use a real veteran of blastbeats, for an old school scent. “

Demetr: “Well, this is not a trend at all, for 10 years the whole world has been drawing beats with live samples, and many bands in metal (only in metal music there is, exactly) hide that their drums are being drawn by making staged photos of drummers from the studios. I don’t see anything wrong with sampling, at all. Not a single minus. Live drummers, I firmly believe, are really needed these days only for concerts. Well, or if you really want to do it on albums in principle.”

Sergey: “For me, undoubtedly a live playing on album would have sounded more interesting. But now for us this is the fastest and cheapest way to make drums without losing quality in the whole sound.”

You’ve described yourselves as playing in the style of Bolt Thrower and we’ve compared your sound to Max Cavalera’s Nailbomb project, but you are your other influences and why?

Yuri: “Bolts are similar in spirit and music. But Cavalera’s music is always energy and quality. We are glad that we managed to combine everything.”

Demetr: “Yes, the main orientation of our project is on the music of Bolts, but it still seems to me that our music is a little more gloomy and conceptually lifeless than these examples. And this is good. We got something a little different.”

Sergey: “Probably, we got a mixture of everything that I listened to as a child in the 90s. This is Edge of Sanity, Sepultura, Bolt thrower.”

As a trio you play on the horrors of War; do you see a time where that may not be the direction of this band or is it something firmly ingrained into the fabric of the Death Metal project?

Yuri: “When all wars and local conflicts are over, it will be cool to cease to exist as a military death metal band.”

Demetr: “But wars, unfortunately, will never end as long as there are people… “

Sergey: “Yes, this theme is endless.”

If you had the opportunity to bring a guest on any new material, who would you like to work with and why?

Yuri: “I would call a musician from every fierce band like Marduk and make mega fierce superband”

Demetr: “Namely to our project, in principle, John from Incantation would be very up-to-date as a guest.”

Sergey: “In any case, it seems to me that it’s too early to invite guests”

There are a few bands from the Russian scene that we know of like Slaughter To Prevail, Infiltration and God Syndrome; who would you recommend we check out from your country and why?

Yuri: “Grond from death metal scene comes to my mind. In general, there are a large number of cool bands in Russia, like Russia itself”

What does the future hold for Entrenchment?

Yuri: “We are releasing our first LP in the fall and will be preparing for live offensives and writing new actions.”

Demetr: “Wait for our debut album!”

Sergey: “And after the album we’ll see…” 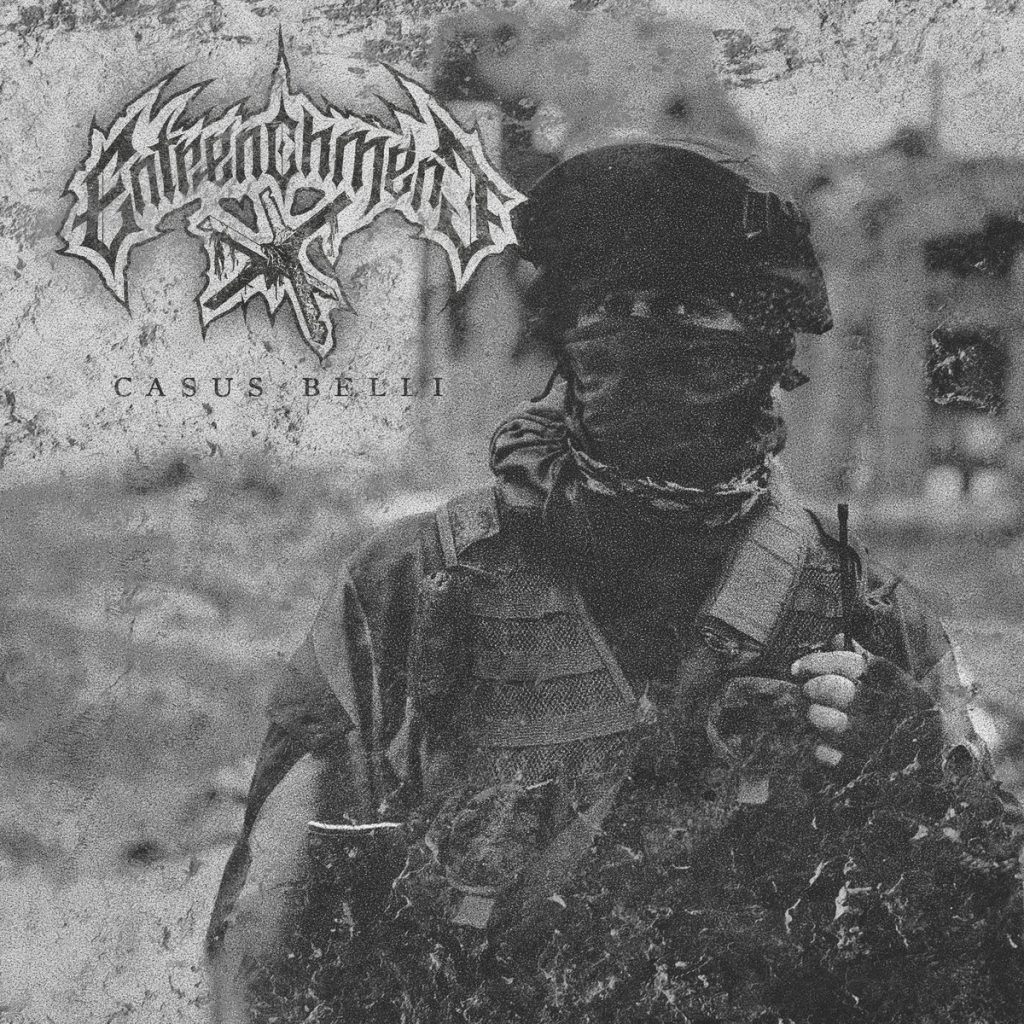