Italian Sludge Metal act Neker make music with all the hallmarks of the classic NOLA sound that make Crowbar and Down so damn good and while citing them as influences they still sound completely authentic themselves. A Solo project as well as a trio signed to Time To Kill Records, they released the stunning follow up to 2017’s “Louder” entitled “Slower” that wrapped itself around our throats and choked off our air supply with the slow crush of a Boa Constrictor. We spoke to the Mastermind behind the project, in bassist and vocalist NEKER about it…

How have you found the reaction to the single and music video for “Like There Is No Tomorrow” so far? “I think the reaction has been good I was pleasantly surprised by the web response, even though I love being contempted”

Originally having started out as a solo project, how is the band dynamic between NEKER (Bass/Vocals), Daniele Alessi (Drums) and Alessandro Eusebi (Guitars) and how has that changed the way that the “Slower” was written and recorded? “Actually nothing has changed, NEKER is and will always be a solo project because I’m NEKER”

How did putting your face on the cover of “Slower” come about? Did anyone from management ever try to convince you to shave off your iconic moustache? “The idea of using my face had already been in the air before signing with Time To Kill Records. My guitarist Alessandro Eusebi and my management Gmork had the idea. Before getting the current result my friend and graphic designer Ludovico Cioffi and I made few tests following the suggestions from Time To Kill and finally we opted for the artwork you see now. I don’t want to mention anyone but there is a person in the crew that doesn’t trust the power of my mustache but as already mentioned I love being contempted.”

You’ve got a couple of samples in the album including an infamous one from Quentin Tarantino’s Pulp Fiction and one from Twin Peaks; what other inspirations do you have outside of music? “I’m a great movie lover and this inevitably gonna hit my sound. Apart from this, I don’t search for inspiration rather inspiration finds me , probably it’s because god is helping me. Making music is a need for me so inspiration comes naturally”

In February you did a full album live show in the studio for 2017’s “Louder” that was released via the Time To Kill Records YouTube Channel in glorious black and white. What was it like doing that during these present times instead of being able to do a live show with a studio audience? Would you like to put out a live album with crowd in the future? “Recording the live studio (which is nothing but our practice room) was very funny but nothing can replace a real live show. I’ve made it just because we are living this shitty time and I wanted to make a gift to my fans after more than a year without shows. Honestly I’m not a “live album” kind of guy, at least as far as this type of music is concerned, but it could be funny making a show that is different maybe with an orchestra or with some jazzmen doing improvisation”

If you had the choice between a support slot for Down in Italy or a tour with Crowbar in the US, which would you choose and why? “Maybe I would choose to go on tour in the States with Crowbar just because , from an artistic point of view , I hate Italy more than I love Down. Moreover I think Kirk Windstein is a huge riff maker and I couldn’t wait to piss him off with gear talk!”

Do you have a favourite moment on the album? Ours would be “Deception of The Guardian” which is a real powerhouse of a track. “Thank you so much I like that track too. I’ts not easy to choose only one because every song sounds different than the others but they are all linked by a common thread of uneasiness and rotness”

“Slower” by Neker is out now via Time To Kill Records. 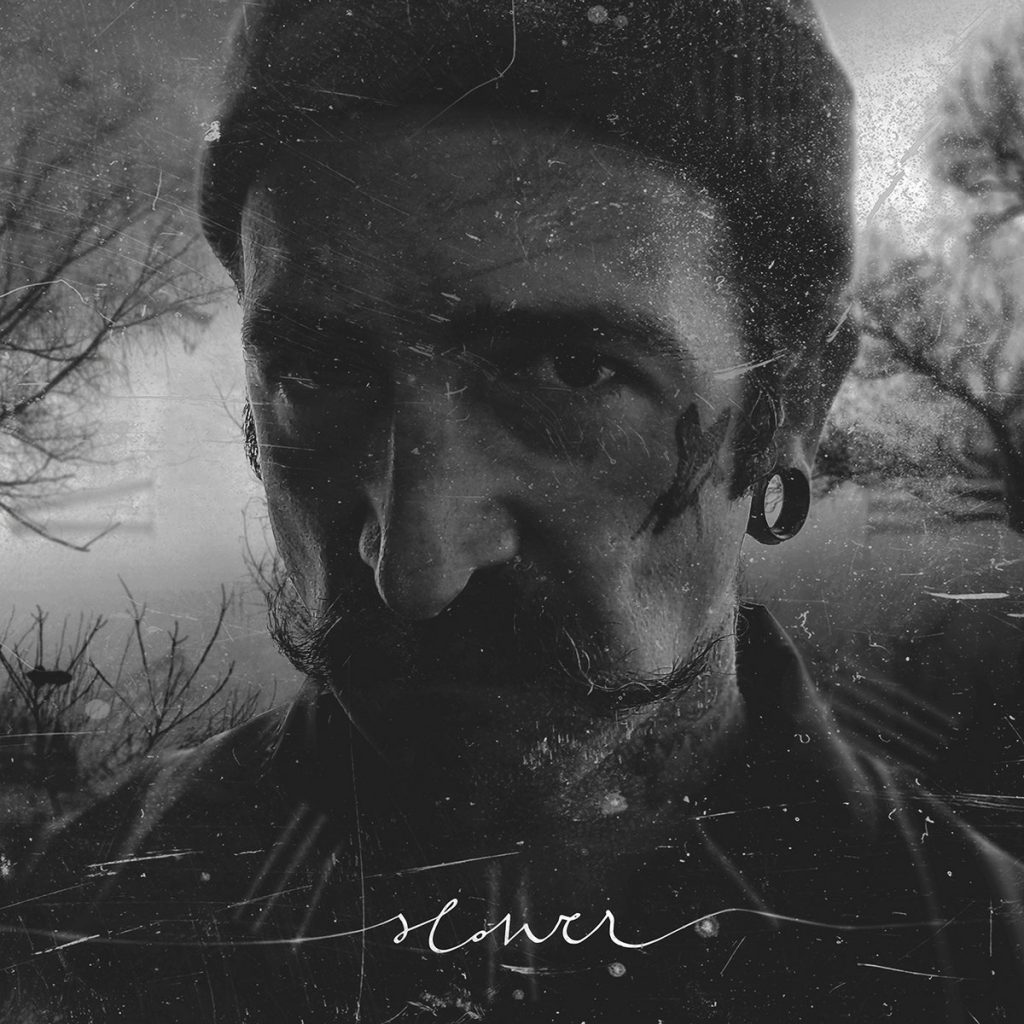