Skip to content
HomeTour DatesNEWS: Deicide, Kirsiun and Crypta to tear up Europe in 2022!

American Death Metal legends Deicide have announced a full on European tour trek for April 2022. The run will see Kirsiun and Crypta open the shows as they go full circle, starting and ending the run in The Netherlands. Although it’s not billed as such, it would actually be the 20th Anniversary of the bands sixth studio album “In Torment in Hell” so perhaps a few classics might return to the set. 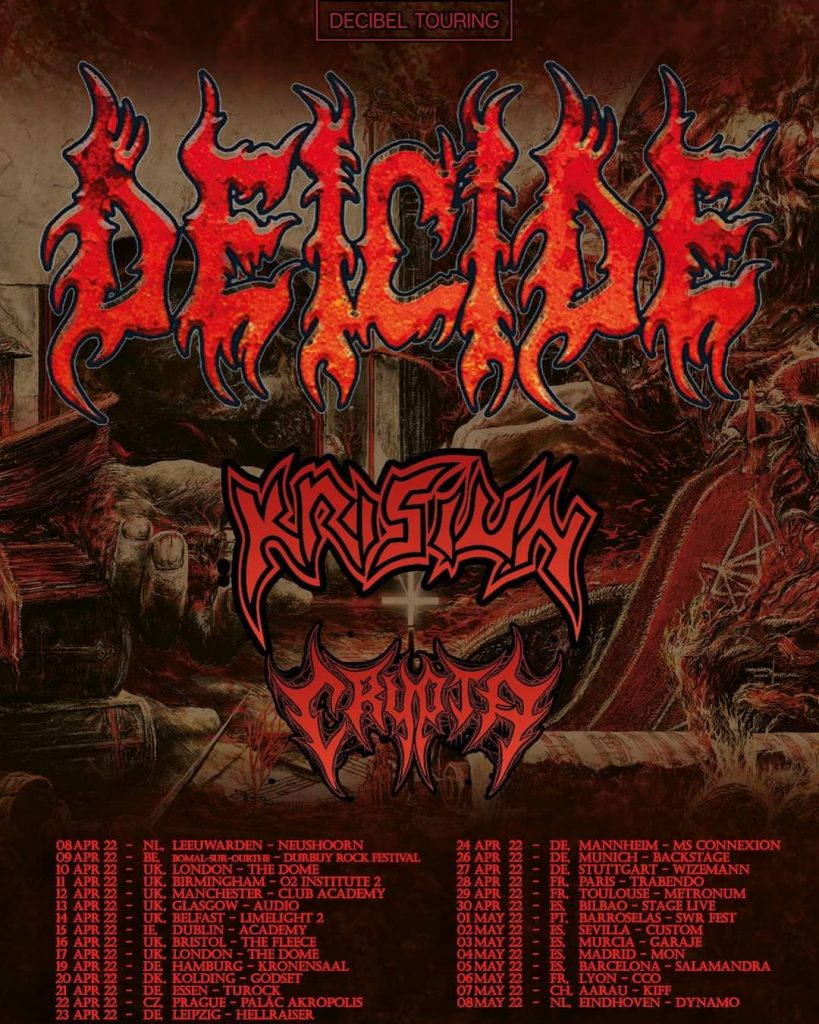