Like something from a hallucinogenic nightmare “Queens of the Steamed Hams” has been unveiled as the first single from the upcoming debut EP of Cork Ireland based quintet Hashmaker. The quintet cross sub genres in one death defying single bound blending elements of Groove Metal with Doom and Sludge and have forged six cuts with the assistance of Eoin Hayes from Rebel Recordings who recorded, mixed and mastered the EP “Attack of the 50ft Lobsters” which is set to rise from the seven seas on 5th July 2021.

The band comment: “The EP chronicles the exploits of the 5 band members as they roam the streets of Cork during a heavy sesh. However, the night is interrupted by the attack of giant lobsters rising up from the ocean, set on destroying the earth. Ultimately the lads escape from this nightmare, as despite the doom and panic these lobsters bring, they are simply a group of lads looking for some drugs and want no trouble, world-ending or otherwise” 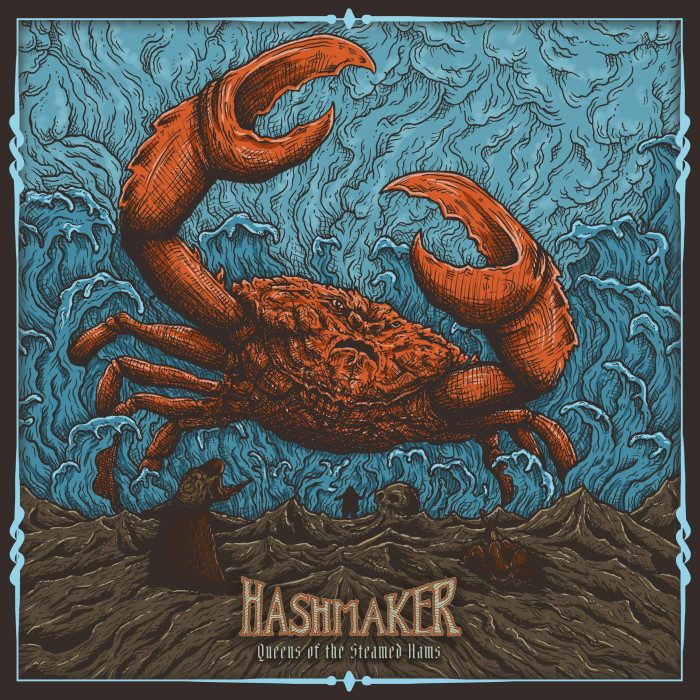