Skip to content
HomeReviewReview: “It Never Ends” by NULL

A collective of seasoned musicians brought together by grief and loss, NULL have launched as a new ship onto the Seven Seas of Metal with a wealth of previous band experience including appearances at Download and Bloodstock Open Air and with tours in the UK and Europe. Their debut EP together “It Never Ends” saw them record themselves before handing off to be Mixed and Mastered by Myroslav Borys at Jigsaw Audio (Confessions Of A Traitor, Last Hounds). Rumour has it that will also serve as preview of the sound to an album already underway. We purposefully haven’t delved into the bands who the NULL members were once a part, they haven’t been forthcoming with that which suggests that they don’t want to be seen as moving forward on former glories and would rather start over afresh with something new. There is a lot to be said for the integrity and to a certain extent bravery behind a decision to do that. What we can say is that despite this being a debut EP, this isn’t a new project and was in fact started somewhere in 2017 with a single “Welcome The Sleep” starting the process.

What NULL bring is a Metalcore flavour with introspective lyrical themes that muse on depression and sucidal thoughts while bringing circle pit worthy riffs and rampaging kit work. Opening cut “Black Heart” is an ode to the endless, nameless insomnia that is the demon within while having some brilliantly executed tempo changes and a churning bass line that fuels the fire of the crunchy guitars and sombre lyrics. Single “Cuts” which got the full music video treatment was an obvious choice with a barbed hook of a riff that Bleed From Within would be proud to call their own. Balancing the unclean and clean vocals perfectly while adding in the kind of backing vocal screams that you have would get at a live show, it wallows in grief and bereavement while roaring cathartically, venting the spleen for an urgent release. Ambient noise joins together each track with a haunting vibe that is hard to shake and that flows into “Brain Lady” which continues the eerie nature with a spoken word that is mesmerising and burns with dull ache. Despite being an EP the average tune here is approaching the six minute mark and while there is an argument that a few of these could be trimmed by a verse and chorus to have a bigger impact, that might take away some of the lingering meloncholic atmospheric overtones which soak through the material like blood soaking through a bandage.

Those ambient moments are reminiscent of “Sempiternal” era Bring Me The Horizon, adding a depth and texture to the bands sound that feeds the darkness that shrouds it’s desolate nature and on “Mortal Salience” it’s used to greatest effect with moments overlayed by acoustic guitar transitions that then burst into flame with powerful longing guitars and biting rhythms. Very much the soundscape of someone starring into the ocean during a storm, wanting to drown but not having the courage to take the final leap, there is a depth of feeling captured here that cannot be escaped. That continues into “Call Of The Void” which has a finality about it as it tears through the sorrow like the sun pouring through dark clouds that had threatened to swallow us whole. A painfully sombre and sobering affair “It Never Ends” is a beautiful ode to grieving that will resonate with anyone who has loved and lost [7.5/10] 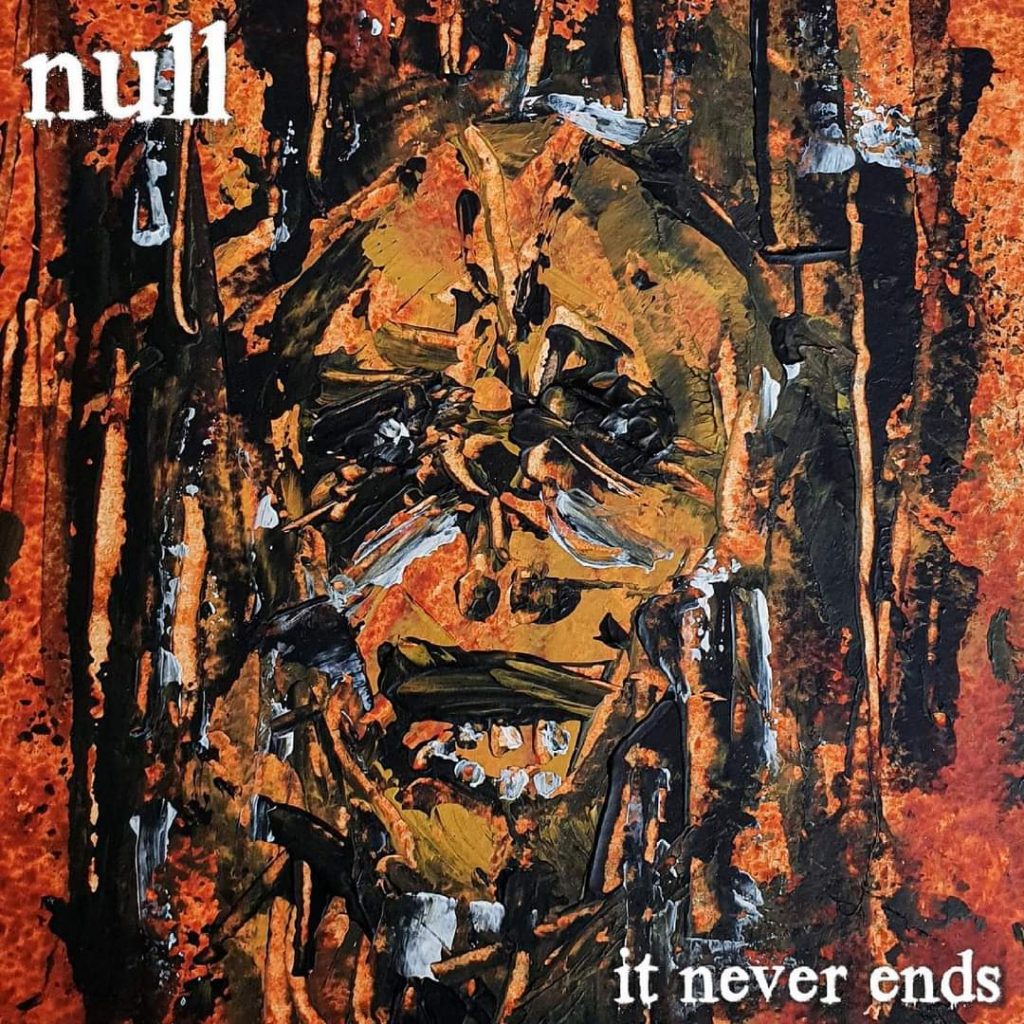 Tags:Bleed From Within, It Never Ends, NULL