Skip to content
HomeTour DatesNEWS: Majin joined by In Retrospect in the Winter of discontent!

After the announcement that Southampton Cyberpunk influenced Deathcore outfit Majin will be joining InVisions, ChuggaBoom and Asleep At the Helm at the annual Holloween Party of Our Hollow Our Home on 30th October at The 1865, the band will be starting 2022 off right with a trio of shows win In Retrospect locked in for February. Having initially announced themselves with EP “Warpath“, they’ve since reigned supreme with a string of singles including a brutal rendition of “Freak On A Leash” by Bakersfield boys KoRn… 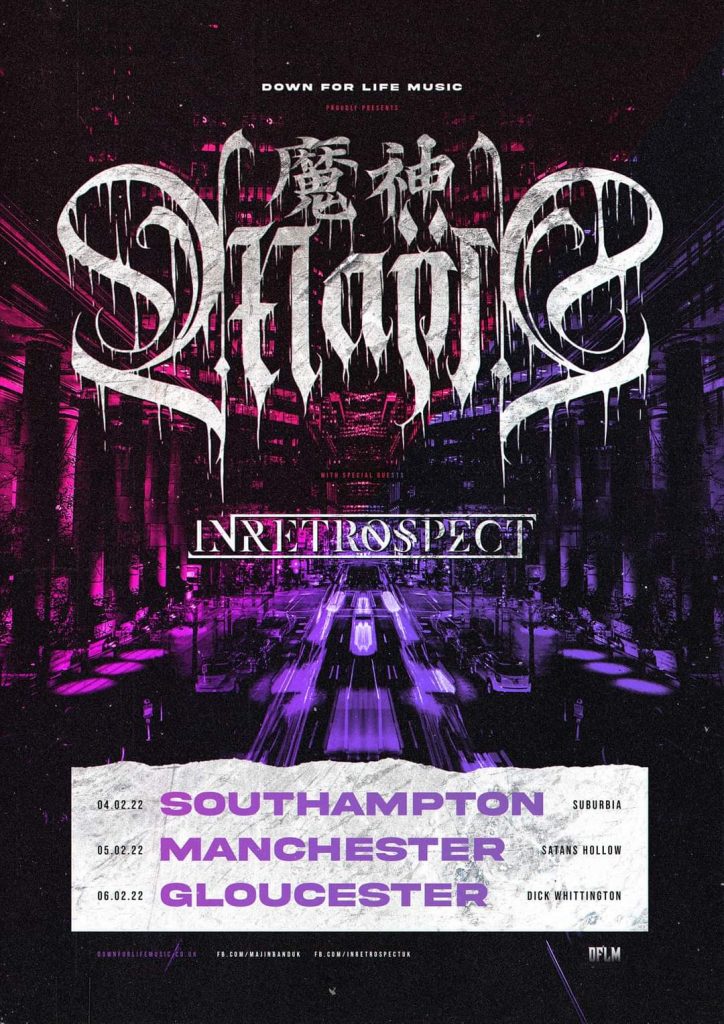