…with more dates to appear in some large gaps in the itinerary unveiled so far, Double The Thrash will see Nervosa joined by Warbringer for a co-headlining reign of terror across Europe. So far a quartet of shows have been announced for April upon our shores but sadly Warfect will only be supporting on some of the mainland Europe dates for the mid section of the run. 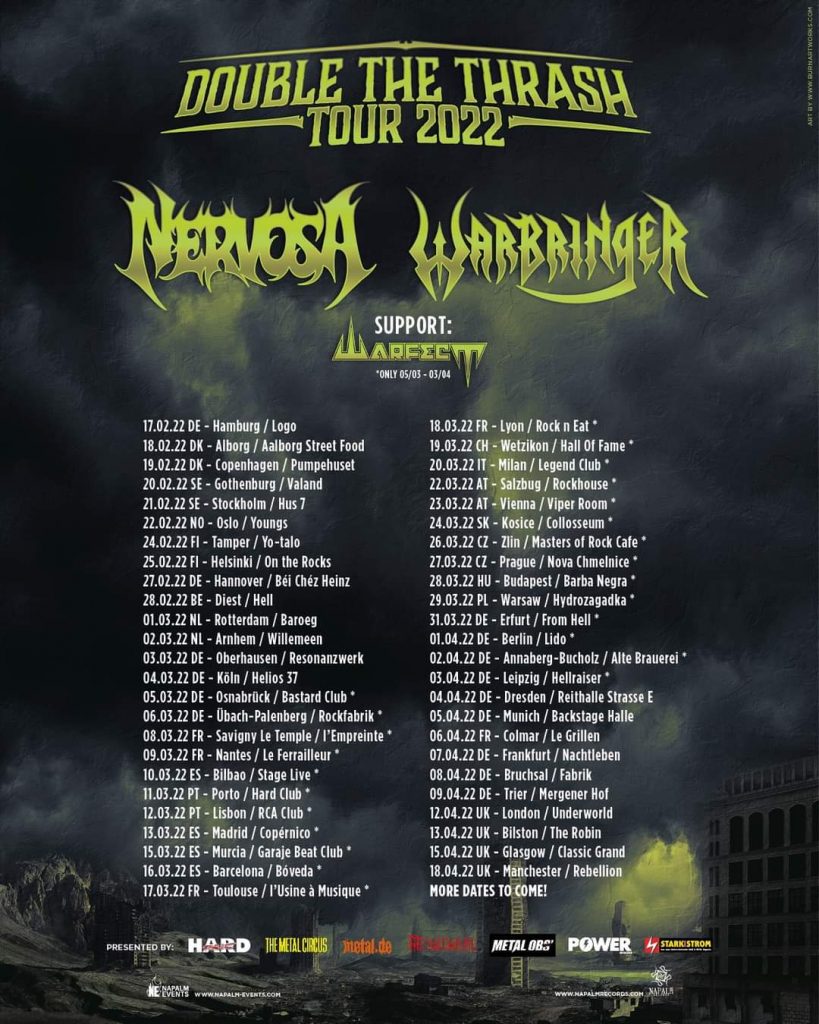