Skip to content
HomeReviewReview: “Self Titled” by Blight Town

A Progressive Post-Hardcore quintet who enjoy indulging in Math and Metalcore with jagged bass lines and bruising guitar tones while being known for an explosive live show, Blight Town have been in the studio with the legendary Myroslav Borys at Jigsaw Audio. He’s the man who helped by Confessions of a Traitor and Last Hounds and they have utilized his skill for the recording, mixing and mastering of their debut EP, a self titled affair that has been on the horizon since the release of 2019 single “Jejunum“.

If you read into it, self titled releases can mean that a band has found what they want to call their signature sound, that this is what they are going to sound like from here on out; if that is the case then the complex nature of this beast means that there is going to be plenty of time spent in the rehearsal space. “Argument Bargument” might be a hilarious title that is a bit childish but underneath that it is a play on the transient nature of the modern relationship that runs throughout the EP in almost concept form, against a Progressive Math Rock soundscape of odd time signatured musings. It sounds like a blend of the new work from Unprocessed, CHON or the much missed Napoleon all thrown into a melting pot with sumptuous melodies and soulful sing-a-long choruses. That bleeds into “Don’t Touch Me I’m Covered In Poisons“, while a screamed verse part adds more edge; the technicality of the music being absolutely sublime and the choice of guitar tone giving each song a real vibrancy to contrast against the thoughtful lyrics. There are points where it becomes difficult to distinguish just how many guitars are being played as they create layers of riffs that are real mind worms of catchiness. “Frostilicus” turns the aggression up a notch with a more driven sound and a fierce finger pointing, a track that has a name, while the whirlwind of percussion that accompanies it giving it a real kick; but perhaps the most aggressive cut is “Jejunum”. Its done with well thought out and cleverly constructed polyrhythms that shows craft and musicianship beyond the collective years of this band while the ambient drop out mid section gives an aching almost acid jazz textural quality that is something really special. Blight Town undoubtedly have the talent and this is a real showcase; expect to see them at Tech-Fest and Radar Festival in the not too distant future if all is right in the World [8/10]

“Self Titled” by Blight Town is out 16th July 2021 and available on Spotify here. If you fancy it, merch is available here. 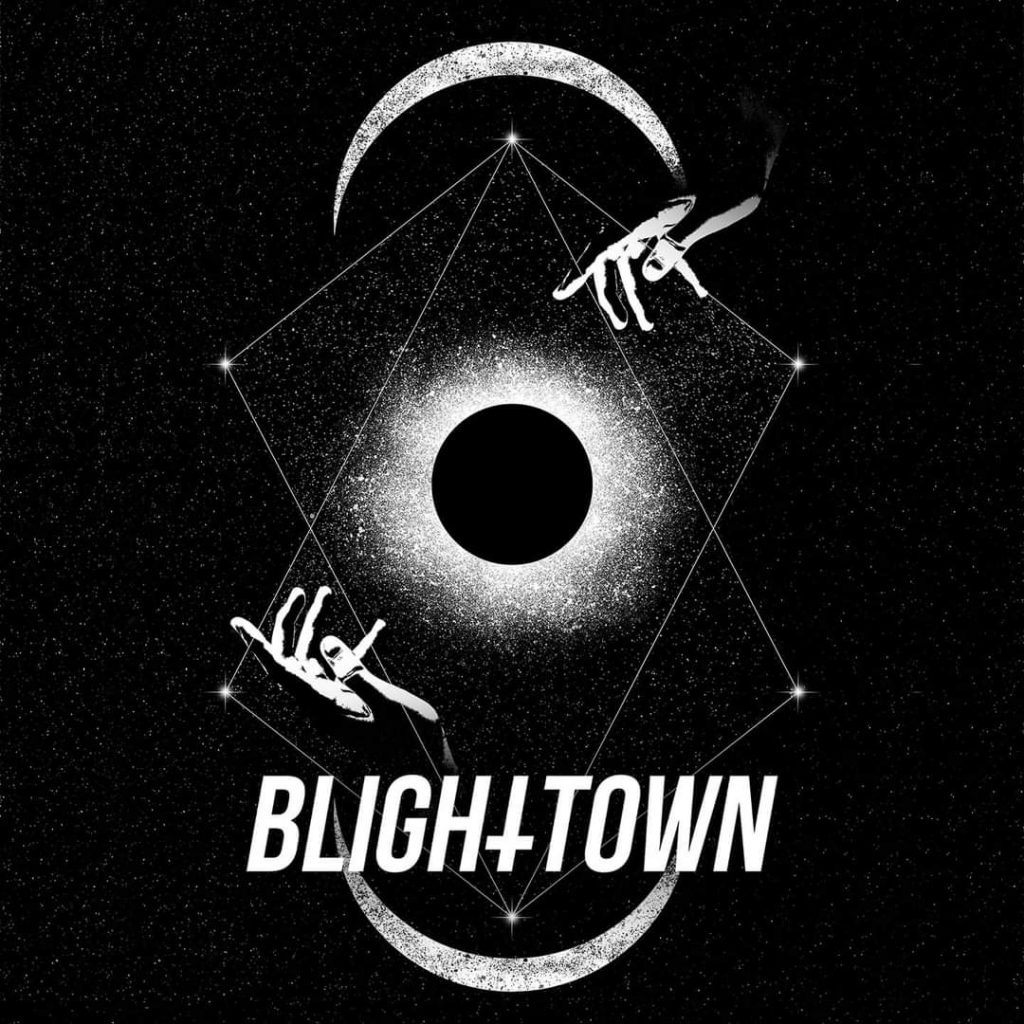