Skip to content
HomeMusic VideosNEWS: Every Time I Die get “Radical”!

Once again teaming up with the legend that is  Will Putney (The Acacia Strain, Body Count, Knocked Loose) to produce, mix, master and engineer, Every Time I Die have announced their long-awaited ninth studio album “Radical” for 22nd October via Epitaph Records. “Post-Boredom” serves as the first single and has been given a music video directed by former drummer Daniel Davison.

The bands previously announced shows The Bronx, Jesus Piece and Sanction for January 2022 has had a venue change and an extra date added and now runs as follows; 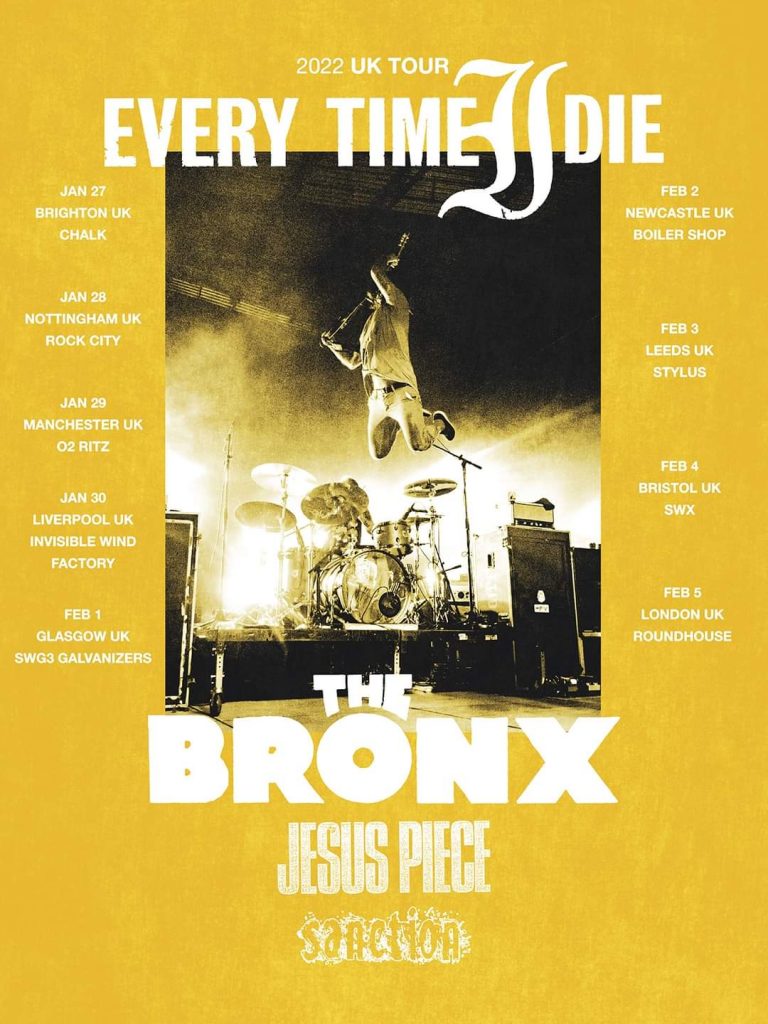