Finnish self proclaimed Death ‘n Roll act Mutant Blast are a freshly ground a quartet, who only completed their line up in August 2020, taking their name from a Cannibal Corpse documentary and only player their first show on 30th July 2021. Citing influences in the likes of Testament, Sepultura and even Iron Maiden, they who also like to indulge in Troma Horror movies with vocalist and guitarist Tomi Malinen, guitarist Toni Huhtiniemi, bassist Juha Lähde and drummer E-S Kuikka borrowing, with permission, from the 2018 movie “March Of The Dead” for a music video for their song of the same name.

What’s Death ‘n Roll? Well in the eyes of Mutant Blast it’s the combination of Death, Thrash and Heavy Metal styles they have chosen to formulate their sound with Groove being the side order of the day. As you might have expect, introduction piece “Enter The Wasteland” sets the tone with some sinister urge riffs that cut all too short before the band dive headlong into “Break The Wheel” that finds them sounding like the bastard child of Municipal Waste, Entombed and Backyard Babies. Dive bomb whammy bar solos, a raw guitar tone and gang vocals make is a fun experience and the perfect soundtrack to accompany a few beers with friends. Malinen has a gruff vocal that is neither unclean nor clean and while singing in English there are a few little accent issues. They don’t however detract from the record, instead adding a certain charm (hell’s teeth, we could speak Finnish as well as they can speak English, we’d be laughing!), especially on “Blades Of Steel” where Huhtiniemi drops a particularly tasty solo. Dropping some of the fun element in exchange for a darker vibe “Grave Insanity” has a far more sinister underpinning atmosphere with some clean sung moments that have that chant along quality that will go down well at live shows and there is a certain amount of Metallica influence in the final moments. “March Of The Dead” is the cold blooded stand out cut of the record and the obvious choice for the lead single thanks to some rougher sounding vocals and dirge laden Thrash riffs with a Hatebreed esq crossover riff accompanying a chant along chorus that others will be envious of. It has to be said that the whole record is a little rough around the edges, your sonic equivalent of a b-movie but the warts and all approach is not only done on purpose but has the band sounding like they’re playing live in a beer soaked dive bar, which is exactly where you want to see them. The comic book tales have one last chapter with “Death Ray” and it’s another howl at the moon affair with all that science fiction budget cult classic nostalgia that you could possibly want [7.5/10] 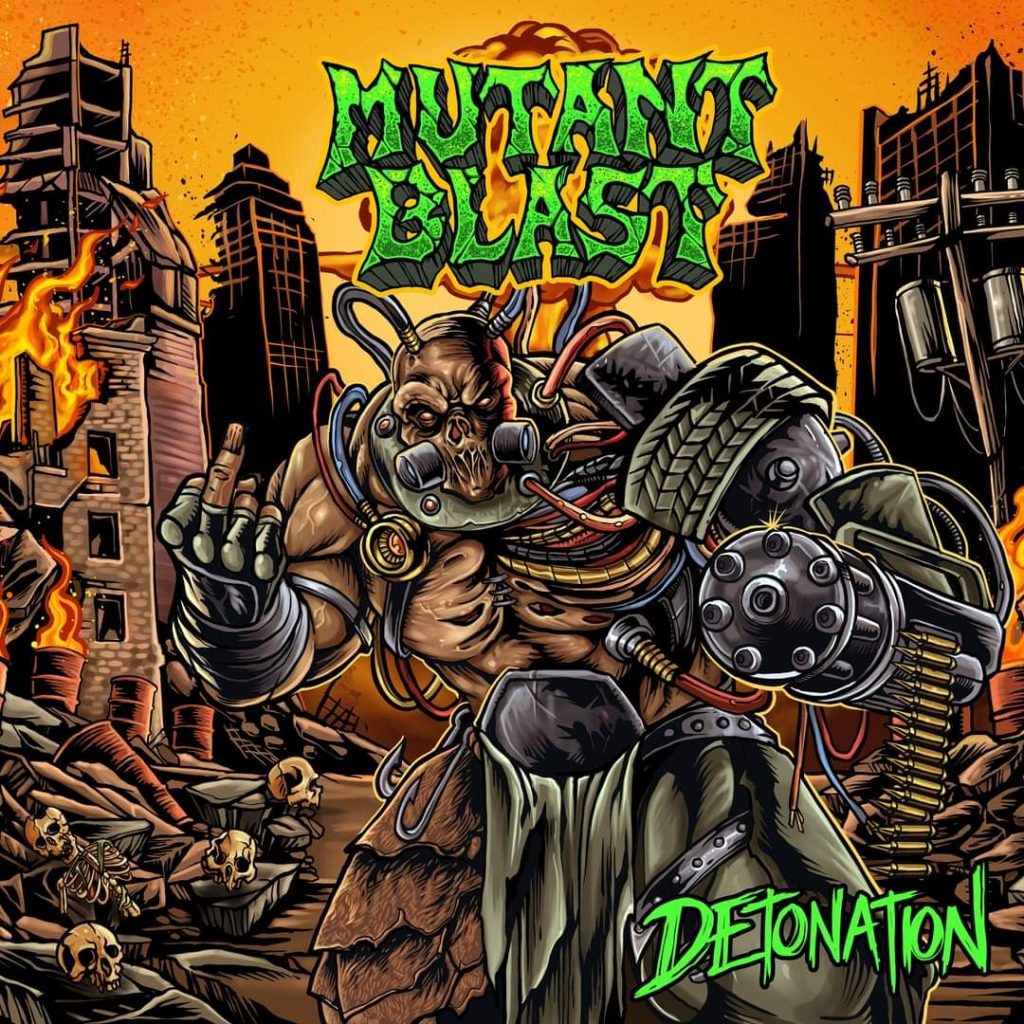