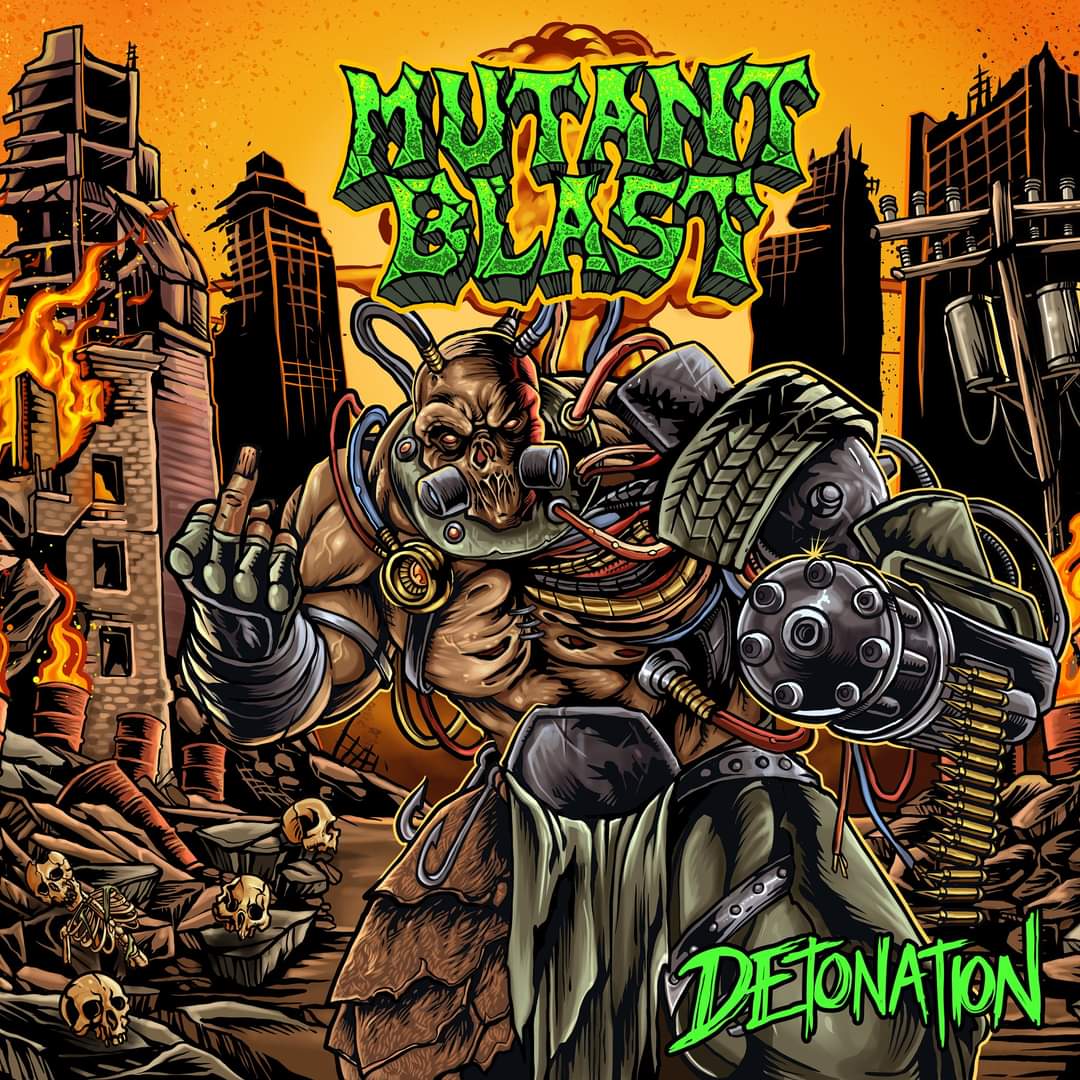 Troma Entertainment movie loving death‘n’roll quartet Mutant Blast are still celebrating like Vikings long into night at the critical acclaim given to their debut EP “Detonation” which landed this summer via WormHoleDeath Records. The Southern Finland natives have chosen “Grave Insanity” for a lyric video loaded with artwork from the release so if you missed
Read More

Finnish self proclaimed Death ‘n Roll act Mutant Blast are a freshly ground a quartet, who only completed their line up in August 2020, taking their name from a Cannibal Corpse documentary and only player their first show on 30th July 2021. Citing influences in the likes of Testament, Sepultura and even Iron Maiden, they who
Read More

Remember the Toxic Avenger? Named after the 2018 Troma Entertainment movie of the same name, Southern Finnish Death ‘n Roll quartet Mutant Blast have announced an EP “Detonation” will arrive via WormHoleDeath Records in September with a music video for  “March of the Dead” that borrows clips from the film. April saw them release a lyric
Read More