We could start this off by talking about the chances of a return for Thrash titans Slayer but maybe some other time. Rewinding the clock back to the summer of love in 1988 and the stone cold classic that is “Hell Awaits“, their fourth studio album and second in collaboration with Rick Rubin. Recorded by the classic line up of Tom Araya, Kerry King, Jeff Hannemann and Dave Lombardo who deliberately slowed the tempos in order to create something with a sinister edge compared to that of their previous offerings. Two songs from the album, “Mandatory Suicide” and “South of Heaven” have been mainstays in the bands live set for the entirety of their career so the first of those is the obvious choice for this week’s head to head.

In the Red Corner with have Polish Technical Death Metal pioneers Decapitated who covered the Slayer classic back in 1998 for their “The Eye Of Horus” demo and features original vocalist Wojciech “Sauron” Wąsowicz and drummer Witold “Vitek” Kiełtyka who passed away in 2007. In the Blue Corner we have Ukrainian Melodic Death Metal act Frostbite who covered the song for their 2013 album “Falling Is Not Defeat“, a 30 minute bomb blast of a record with some razor wire riffage from axe wielding duo Dmitriy Bryokhin and Andrey Ryzhkov. Who Wins? You decide! 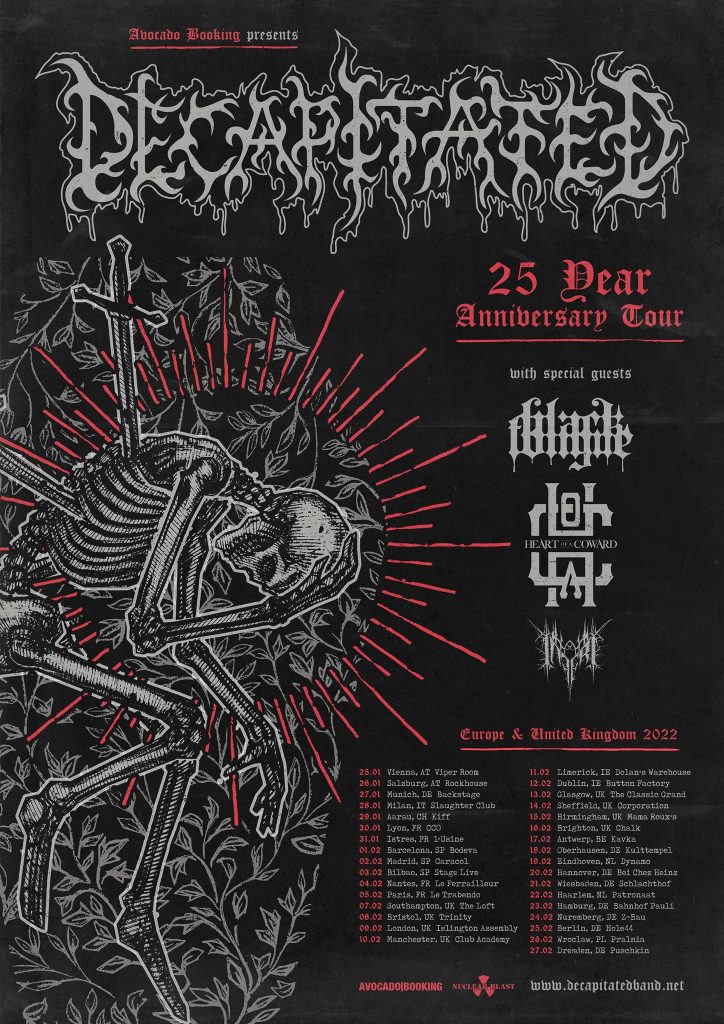 Tags:Decapitated, Falling Is Not Defeat, Frostbite, Slayer, The Eye Of Horus