If you’re familiar with the history of bands like King 810 then you’ll know about how they have a wide variety of offerings between acoustic bluesy material and hip-hop as well as their Metal side and while it infuriates the purists, for people who simply love music it works for them because as an artist they have music that suits every mood. In step 3Mind Blight, a solo artist and music producer with multiple song writing awards hailing from Tulsa Oklahoma who has been in the game for the better part of 18 years in one shape or form. Stylistically leaping from Hip-Hop to Rock and from Metal to Alternative Pop, it seems like there is nothing that the man can’t turn his hand to and carve out a gemstone and with approaching 17k of monthly listeners on Spotify alone, people are paying attention.

Despite all the accolades and a picture of the man himself there is still a bit of mystery about exactly who 3Mind Blight actually is and what the name actually means, however the concept of confronting demons is a narrative that runs through the majority of his work and this new cut “Reaper” is no different. A driven Hard Rock or Alternative Metal cut that is reminiscent of the heavier side of early Stone Temple Pilots or Snot with a beefed up grunge hook and some powerhouse kit work, if you said it belonged to Five Finger Death Punch sonically you wouldn’t be too far adrift from the overall sound. Vocally there is a real Southern drawl enhanced by a scream gives a real arena welcoming, pyrotechnics going off, WWE vibe to the whole thing. It has a big sound that fills the room and makes for perfect in car entertainment, the kind of cut you’d expect to find on the film soundtrack for a Vin Diesel action movie. It’s an anthem of American Muscle Car proportions. [7.5/10] 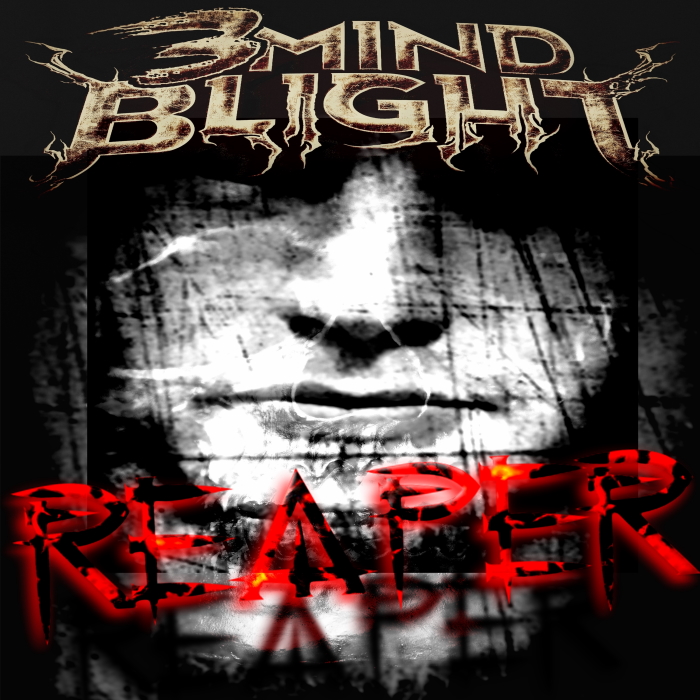